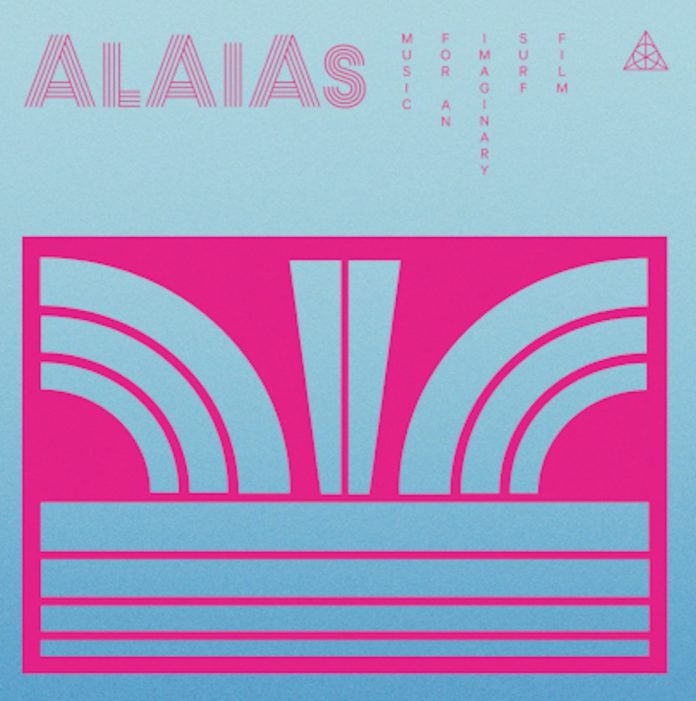 Beyond its title, Music For An Imaginary Surf Film requires little explanation as to the mood it is trying to capture; portraying images of sea, sand and surfing has been the stated goal of Bristolian trio Alaias with their latest project.

Throughout the album’s mostly laidback ambient tunes, they achieve this goal through the consistent use of fuzzy guitar, psychedelic synth, and a whole lot of reverb. The trio’s capacity to construct surprisingly moving and haunting music, however, is evidenced in tracks such as Inevitably, Night Hawk and Roader through passages of synth-driven harmonies or the sudden juxtaposition of a soaring distorted guitar solo.

A cool strutting blues number arrives in the form of Handy Cam whose funky riffs, sudden time-signature changes and Hammond organ solo make for a particularly outstanding track. Unfortunately, this is more or less an anomaly, and any desire to hear more of this style is left unfulfilled.

However, if ambient cinematic music is more to your taste, then this album won’t disappoint, and the influences of Pat Metheny and Bill Frisell ring true in the playing of guitarist and trio leader Dan Messore. Drawing more so on influences across synth pop and psychedelic rock, Music For An Imaginary Surf Film might not be the go-to album for the die-hard jazz fan, but it is an original and worthy project nonetheless.

Derek Ansell - 21 September 2019
Anybody heard of Kay Swift? Me neither but apparently she was quite big back in the 30s, chiefly for her romance with George Gershwin although she was also the...