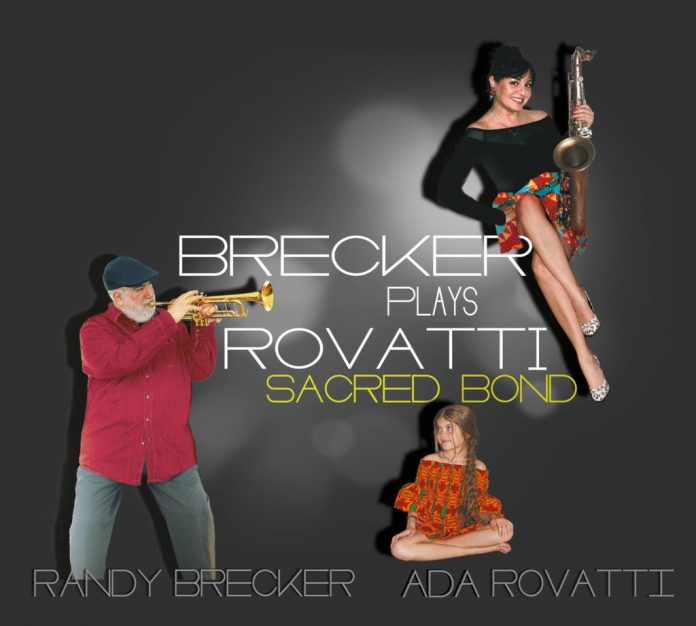 I first heard tenor saxophonist Ada Rovatti in concert with the Randy Brecker Band in 2003, and was immensely impressed not only by her excellent open tone and engaging expression, but also by her courage. It took real guts to step into the place where Randy’s brother, the late Michael Brecker, had been such a tremendous creative force.

She is married to trumpeter Randy, and this new release is an enjoyable family affair – their 10-year-old daughter Stella also adds a vocal line to the horns on the opening track, Sacred Bond, and all the compositions are by Rovatti.

The full line-up includes, as you would expect, several top session and creative jazz players among them pianist and keyboard players David Kikoski and Jim Beard, drummer Rodney Holmes and bassist Alexander Claffy.

There are no really disappointing tracks, but few exceptional ones, too. It was only when I reached the penultimate track The Other Side Of The Coin, that my ears really pricked up. On this track, Café Da Silva’s Latin percussion really fires up the band, with some dazzling playing on the cuica, plus a fine electric bass solo from Claffy. The sound quality on this track is more open, too, compared to the slightly compressed sound of others.

Randy plays smoothly throughout, darting joyfully through Rovatti’s sequences. But somehow none of these tracks reach the magic level of the best selections on the trumpeter’s 2003 album 34th N Lex (Tone Center) – which included Rovatti on some tracks – or the magnificent Rocks (Jazzline), released earlier this year and featuring the trumpeter in fiery form with the NDR Big Band, the Hamburg Radio Jazz Orchestra, and soloists including Rovatti and David Sanborn.

Dave Jones - 29 May 2021
This is a refreshingly unusual piano/bass duo album, in the sense that it doesn’t particularly seem to change the pianist’s approach to playing. It often seems the case these...