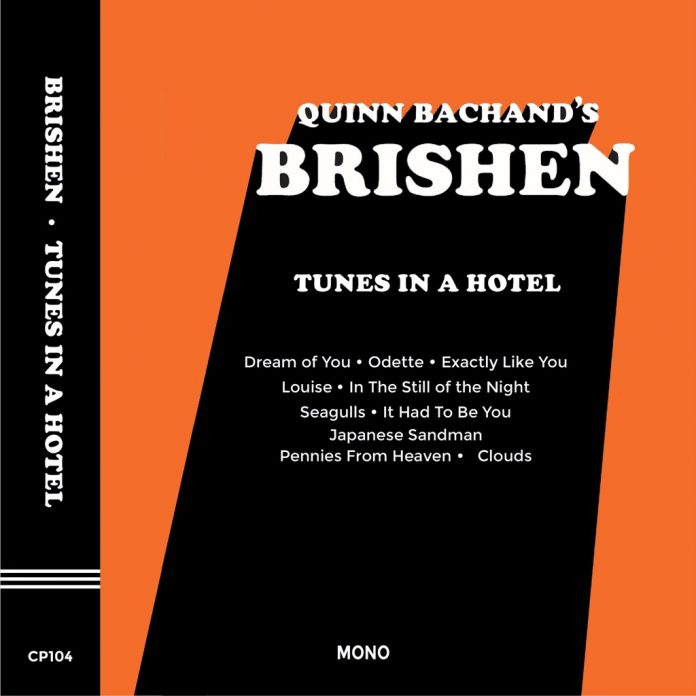 Guitarist Quinn Bachand’s latest album was conceived in the post-inflammatory chaos of a fire in his student residential block. He was on tour and a few months from graduating at the Berklee College of Music in Boston, which put him up temporarily in room 737 of the city’s Sheraton Hotel. In the same room he later assembled the musicians on this album and recorded them using old-money analogue gear and what his publicity describes as “unconventional methods”.

Bachand, a Canadian, is Djangoesque; Brishen, the name of his group, is Roma for “bringer of the storm”, a coincidental reference to what might have helped extinguish his domestic spot of bother before firemen did for his rooms with floods of water. Publicity, as well as bringing us the album’s colourful provenance, says Brishen the band is a “formidably skilful and hard-to-define swing-jazz ensemble”.

By today’s high standards, and this is not meant to be diminishing, one wouldn’t call the skill particularly formidable, and the music is easy to define: it’s swing jazz as stated, after the example of post-Reinhardt “gypsy jazz”. But, as an indication of how categories merge, disappear and re-form, the leader’s choice of instrumentalists raises various musical spectres, of which the Django style is but one, albeit pervasive.

The first (literal) spectre is the unattributed singer on Exactly Like You. Then there’s the “Parisian Thoroughfare” flavour imparted elsewhere by clarinet and accordion, and the tandem wheezers of accordion and harmonica combined. Both the all-string Django quintet and the one with clarinet replacing solo violin are evoked – and fattened by Bachand’s borrowed guitar (Gibson ES-125), a “crunchy” vintage tube amp by the same maker, and the inclusion of piano and drums.

It would in other circumstances be a criticism to say the album sounded as though it had been recorded in a hotel room, the bass (not the musician’s fault) sometimes sounding like a muffled tea chest and broom handle job from the skiffle era. But if I’d been booked into rooms 736 or 738, I wouldn’t have complained, except for the short measure (hence the star rating).

Maria Mendes: Close To Me

Garry Booth - 01 March 2020
Dutch-based Portuguese singer-songwriter Maria Mendes has come up with an inspired concept for her third album: a symphonic jazz approach to fado, the mournful folk music that emerged in...