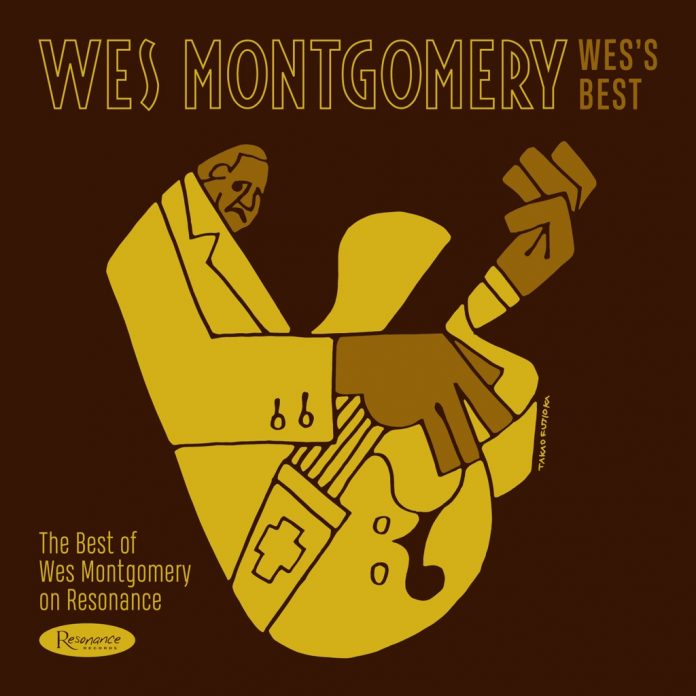 I had heard about Resonance Records’ sterling work in recent years to make available previously unavailable material from Montgomery, the bulk of it predating his days with first Riverside and then Verve. So I was keen to listen to this well-programmed sampler of live cuts from the Charlie Christian-inspired maestro. With good-to-excellent sound throughout, the selection draws upon five Resonance releases: In The Beginning, Back On Indiana Avenue, One Night In Indy, Echoes Of Indiana Avenue and Smokin’ In Seattle: Live At The Penthouse. The last was recorded some six months or so after (parts of) the legendary 1965 New York date Smokin’ At The Half Note and has Ron McClure in place of Paul Chambers in the Wynton Kelly Trio which accompanied Montgomery.

This Seattle date is the only recording of McClure (soon to acquire fame in the Charles Lloyd quartet of 1966-69) with the Kelly trio and he acquits himself well in music which offers sparkling and indispensable complement to the earlier New York date. As producer Zev Feldman says in the YouTube piece which documents the production of Smokin’ In Seattle, if you have the Half Note Verve release – the music which Pat Metheny regards as the ultimate benchmark of jazz aesthetics – you will not want to miss this Seattle session.

But if the music is captivating, both here and on all the other cuts of this sampler, I found the packaging disappointing, even irritating: hence the four rather than five stars. Resonance releases, whether on CD or LP, are known for their comprehensive documentation and generous commissioning of appropriate essays: the Seattle disc, for example, comes with eight pieces including contributions from McClure, Pat Metheny, Kenny Barron and Jimmy Cobb. The only information we get on this sampler is the titles and cover images of the generative albums, together with a fulsome tribute to Resonance’s endeavours from Robert A. Mongomery Sr. and an illustrated tribute from Zev Feldman to graphic artist Takao Fujoika, who supplies the cartoon-like cover image. So if you don’t have any of the original albums, you have to trawl – as I did – through many an internet connection and YouTube piece to ascertain even the most basic details of the various dates here: my apologies for any omissions, ambiguities or mistakes.

That said, these near-70 minutes, featuring classic Montgomery material such as West Coast Blues and Four On Six, certainly put a big smile on my face – and I’ll be tracking down the full albums asap. Montgomery enthusiasts will surely relish the tastily driven rendition of Silver’s Nica’s Dream, the tenderness of Darlin’ and the mellow swing of Simple Life – and will doubtless register the very slight change of resonance in Montgomery’s ringing guitar sound between some of the earlier and later cuts.

There are some special minor pleasures here, such as the guitar and tenor blend on Wes’s Tune and the jump band fun that is Big Mary’s. Overall, it is the sheer joyous rounded warmth of tone and simultaneously crisp and flowing articulation of Montgomery’s unerringly sprung lines – rich in blues-cut singing melodic elaboration and the most intelligent harmonic colouring alike – which sustain attention from first note to last. To paraphrase Pat Metheny’s extensive and illuminating liner note for the Jazz Icons Live In ’65 release of Montgomery TV dates in Holland, Belgium and England: here is one truly special storyteller, as rarely gifted and articulate in matters of musical literacy as he was seemingly blessed with the most soulful and heartening warmth of character.

Nic Jones - 09 November 2020
Of these two is Fresh Sound's The Best Voices Time Forgot series one (Guyse) has a background which has largely been hidden from history, while Sherrill, thanks in no...