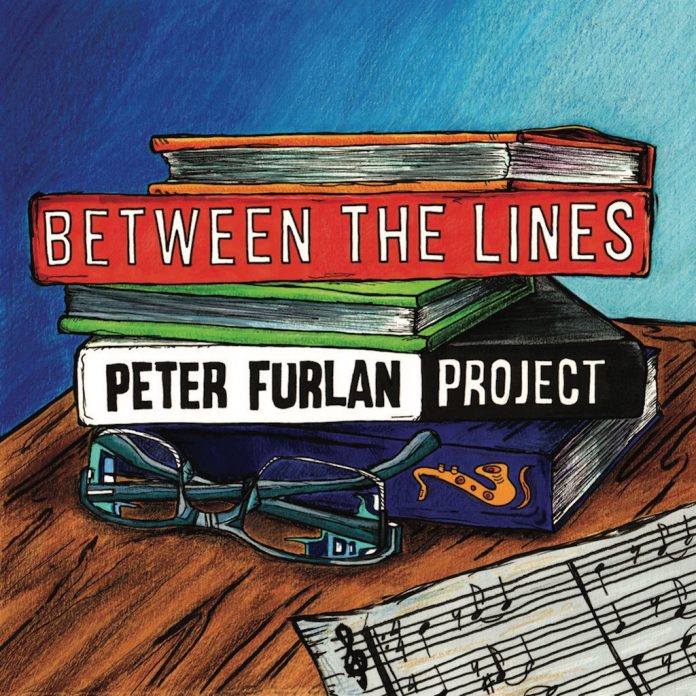 New York saxophonist and composer Peter Furlan composed nine of the numbers on this album after being inspired by the inventiveness of modern novels that he’s read by authors such as Jennifer Egan, Colum McCann, Don DeLillo and Martin Amis.

Over the years, Furlan has performed and recorded with Dizzy Gillespie, Eddie Henderson, The Four Tops, The Temptations and Mahavishnu Project amongst others. He leads a tentet of experienced musicians including trumpeter Vinnie Cutro who played with Horace Silver and Sonny Rollins’ last guitarist Saul Rubin. The album is an eclectic mix of straightahead, funk and post-boppish jazz with a distinctly big band style of delivery.

A Visit From The Goon Squad opens with baritone sax in cartoon film mode and progresses into a triumphant big band blow out with catchy guitar, trumpet and keyboard soloing en route. Translantic is quieter with twinkling piano, soprano soloing and bass clarinet accompaniment. The funk-laden Watchmen features urgent baritone sax, climactic tenor and heavy drumming joined by driving keyboard. Black Hole Blue has a steady beat with wailing soprano and pizzicato bass. This is the only track that doesn’t take the title of a novel and is included in dedication to Furlan’s father who died during the album’s recording.

Underworld has an intricate Latin-tinged guitar solo that strangely lapses at one point into the opening lines of Bacharach & David’s I’ll Never Fall In Love Again. Foucalt’s Pendulum is a basic rock groove with military drums at start and neat piano, tenor and trumpet solos. White Noise is somewhat mundane compared to the other numbers. Invisible has pleasant piano with more bass clarinet and tenor soloing. The Amazing Adventures Of Kavalier And Clay is quick, almost jig-like, with anguished soprano and driving trombone. Time’s Arrow is a post-bop jaunt with pulsing piano and brawny baritone sax – there’s a lot of baritone on this album.

Whilst there are similarities in sound between some of the numbers this is a collection of clever arrangements with accomplished musicians that proficiently blend the composed with the improvised.

Click here for more information or to buy Peter Furlan Project: Between The Lines

Josie Falbo: You Must Believe In Spring

Leon Nock - 08 January 2021
This bakers' dozen of an eclectic mixture of standards and newer material has garnered positive reviews verging on the ecstatic that frankly leave me feeling bemused. Don’t get me...