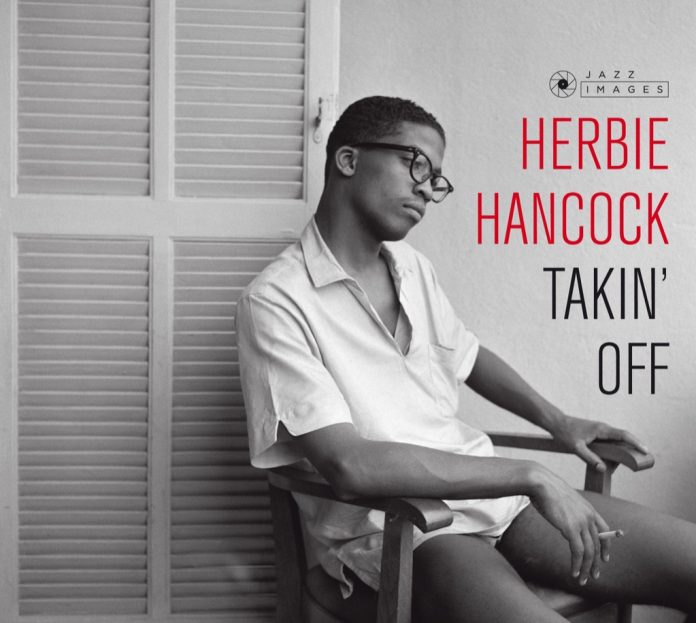 The first six tracks of this release constitute Herbie Hancock’s debut album as a leader, Takin’ Off, originally issued on Blue Note, with the remaining material being Hub-Tones for the same label under the leadership of trumpeter Freddie Hubbard. When recording the earliest of these two fine examples from his discography, the pianist was only 22 and a year short of joining what became known as Miles Davis’s second great quintet.

The youth of most of the musicians on both dates (Clifford Jarvis being even younger than Hancock) is offset by the presence of the near 40-year old bebop veteran Dexter Gordon: his appearance on Hancock’s debut album may have been thought to be a touch of insurance, as if any were needed.

When describing Hancock’s style of the time, one critic suggested that he had the approach of a more harmonically aware Horace Silver. That’s a good summation of his fast-developing personal voice which also manifested in the ability to compose memorable and hard-hitting tunes. It has also been suggested that the royalties accrued from Watermelon Man alone probably amount to more than the average jazzman earns throughout his career.

As with more or less all those Blue Note dates from the 1960s, the standard of musicianship throughout is of a superior kind, delivered by many members of what could be called the label repertory company, although Hubbard appears to be marginally more assured on his own album upon which he delivers some meaty solos, aided and abetted by Spaulding, whose occasionally off-centre alto stands as an enjoyable contrast.

These albums, as with nearly all BN product, have been issued a number of times previously and as examples of two individuals at the outset of their musical journey are invaluable. The sadness comes from the somewhat wayward direction Hubbard eventually took, in comparison to Hancock’s continually distinguished path.

John Adcock - 11 May 2019
With its swirling, interconnected influences from a range of musical cultures, Streams is an engaging and fresh listen. "I like to think that Streams’ music showcases the journey of...