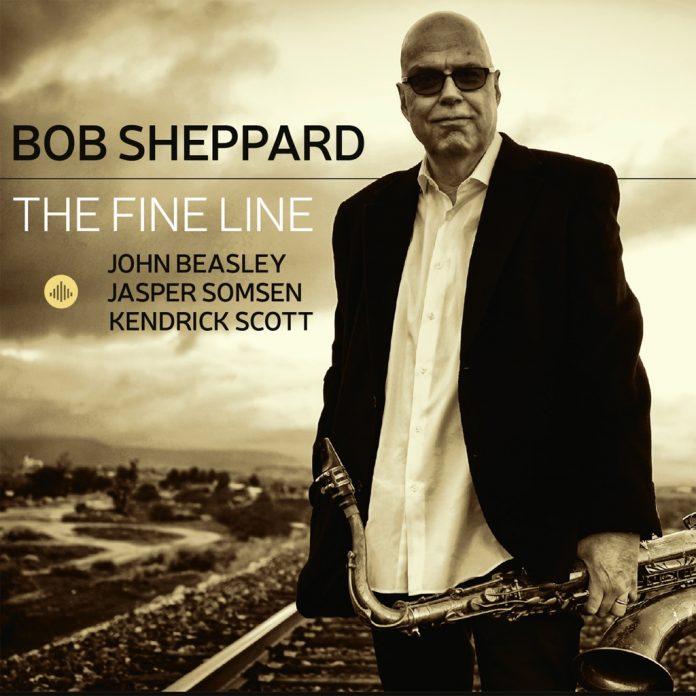 This album came about after a meeting of the Jazzahead Network in Germany in 2013. Bob Sheppard and bassist Somsen met up and expressed a desire to work and record together. Prior commitments though kept them apart for two years and then they did play together live in the Netherlands and began to plan this CD.

Three years on the quartet finally made it to a studio in California and this is the result. Sheppard employs a hard, almost pure soprano sax sound which at times seems like a high alto. The quartet work in a well-integrated manner on the opening Edge Of Trouble and then move onto the slower, choppy Run Amok. Switching to tenor sax, Sheppard plays a dense solo that appears to be somewhat fraught in this context. Beasley’s piano segment is determinedly staccato and the rhythm section thrash around merrily.

The title track slows things down to ballad tempo and spotlights the leader on alto sax and a vocal by Maria Puga Lareo, although the latter is not audible as such – rather a humming sound in the background. Beasley’s rhapsodic piano solo is one of the best of this track.

Guest musicians include trumpeter Mike Cottone while Benjamin Sheppard takes over on electric bass on two selections. Simon Moullier gets a good workout on vibes on Edge Of Trouble but is mainly used as harmonic filler on his other two appearances. Thanks For The Memory, one of three standards, is played in straight ballad mode with the leader’s alto prominent. Strayhorn’s A Flower wraps up a well-played programme that is full of more than competent performances if never fiery. Somsen’s bass is well featured in solo and he has a big, warm tone – not surprising perhaps as John Clayton loaned him Ray Brown’s bass from his Oscar Peterson trio days.