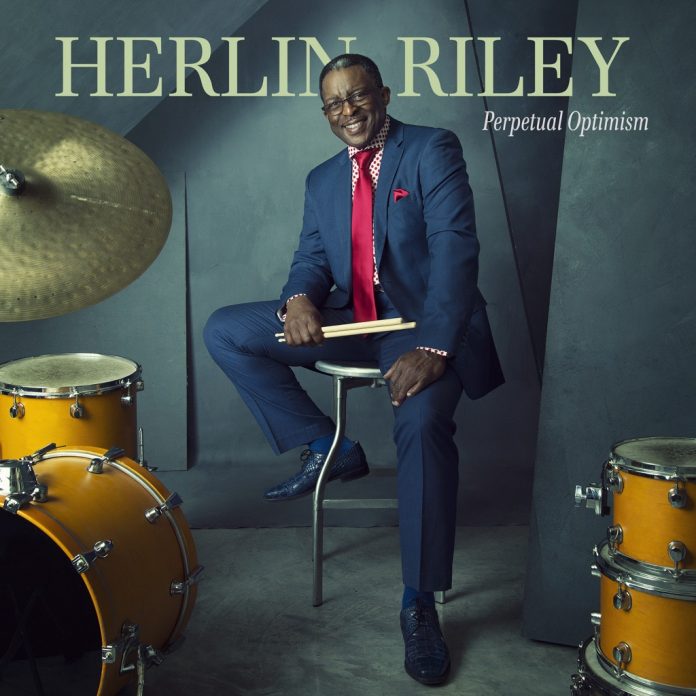 Like countless other players from New Orleans, Herlin Riley’s roots and approach to the drum set are clearly rooted in his early connection to the church. He was immersed in gospel from an early age and after a period of playing trumpet, began his pro career playing drums with Ahmad Jamal, before going on to work with the likes of George Benson, Harry Connick and Marcus Roberts.

Riley really rose to prominence through playing with Wynton Marsalis in a small-group setting, septet and the Lincoln Center Jazz Orchestra from the mid 1980s. Like much of the material he recorded with the trumpeter, the tracks here have a traditional NO or gospel vibe to them, and are passionately performed by the same quintet that Riley fronted on his previous album for Mack Avenue in 2016, New Direction.

Announced with a buttery bass hook thumbed tight over a second line-inspired marching beat, Riley’s own Rush Hour has a funky step to it and builds in intensity as the syncopated melody line topped with hand claps veers off into some tasty solos on trumpet, alto and piano. Borders Without Lines, written by the great Victor Goines (another long-term member of the Lincoln Center band), is more ruthless, a high-speed chase swinger with dual horn trills sharp over a propulsive ride cymbal pulse. Riley also rolls out a great drum solo from all the excitement, snappy with military snare figures and hard-hitting tom fills played over a repetitive samba bass vamp from pianist Emmet Cohen.

In a mostly uptempo set the band do cool off with the tender title track and a couple of ballads. The lush, brush-swept Stella By Starlight flutters around a dotty Latin-like feel while an arrangement of Don Raye and Gene De Paul’s You Don’t Know What Love Is is more pop and groove-oriented, sassy with muted trumpet.

The set also reveals Riley’s talents as a vocalist, playfully rapping about poodles, pitching ball and “old Pistol Pete” during Willie Dixon’s Wang Dang Doodle or waxing lyrical about Wynton and the rest of the Marsalis clan towards the end of Ellis Marsalis’s Twelve’s It, the swinger most geared around the gospel here.

Nigel Jarrett - 10 November 2019
Jazz's association with the outdoors seems as unlikely as a backpacker's desire to map his way to a subterranean city club. Musician and educator Mike Holober is attracted to...