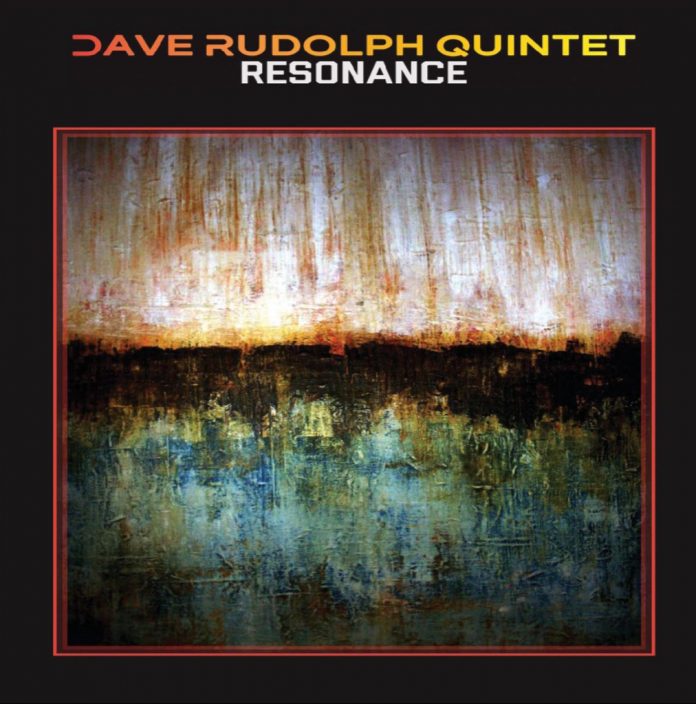 A popular drummer around his Florida base and beyond, Dave Rudolph here makes his debut on record as a leader with an impressive set of self-composed tunes kicked into shape by a fine, Florida-posted band. The album was recorded following the passing of one of Rudolph’s close friends (who believed the drummer’s compositions deserved to be heard) and is musically inspired by the likes of Kenny Wheeler, Wayne Shorter, Pat Metheny, Bill Frisell and Thelonious Monk.

In fact, taking the latter influence as a sample of this, the simple or dotty melodic style of tunes like Bounce and the New Orleans-inspired Night Squirrel are perfect examples of how much Rudolph has absorbed from Monk especially.

The album opens with Atonement, a lively Latin track pushed along with Zach Hornheimer’s broad tenor and some light, Frisell-like picking from guitarist Larue Nickelson. Around the main theme the pair trade phrases, harmonically intertwine or dance over the light clatter of a natty samba groove. Adding some restless tom and snare accents, it’s a rolling beat Rudolph later recreates to underpin the din of The Vine, a tune which also flirts with Latin and throws out some inventive solos, most notably from Pablo Arencibia, an adventurous improviser rhythmically with a beautiful touch on piano.

While Rudolph’s record rolls out everything from free-squealing drum and sax improvs (Brushstrokes) to boppy swingers like the Afro-Cuban-licked Those Clumsy Words and Bill Evans-esque waltzer Whimsy, it’s the ballads that stick out as highlights here. Alongside the album’s title track, which features more of Nickelson’s serene guitar and some delicate, syrupy scat of one Whitney James, the lush Lonely Train hears the quartet at their most tender. Enlightening liner notes tell us the track was inspired by a train journey Rudoph took to his friend’s memorial service, and how Nickelson’s lush, lyrical guitar figure under whispered accompaniment could be considered “folkish” bordering on “modern Americana”.

Whatever the inspiration or musical intention, these details only add more depth, not just to a tender tune, but to the gifted drummer and composer behind all of this great music.

John White - 24 April 2019
In 1964 Ben Webster played a one-month residency at Ronnie Scott’s, and then moved to Sweden, Norway and Denmark – where he finally settled in 1969. Until his death...