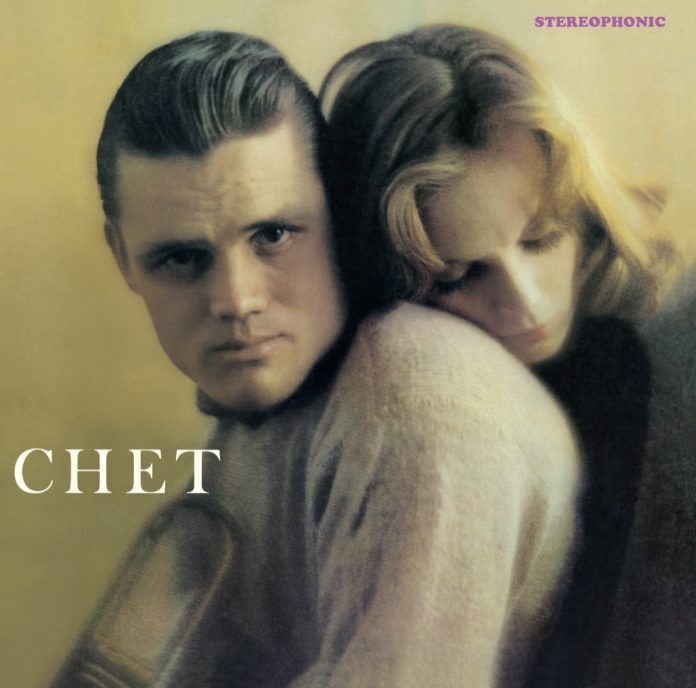 In 1958 Chet Baker started playing with musicians less associated with cool jazz, as if he wanted to widen his range – he had recorded with saxophonist Johnny Griffin in the September of that year. Here he is teamed up with pianist Bill Evans, a similarly introspective player but one who easily adapted to playing in a more hard-bop orientated setting, and other members of a band with whom he had just recorded, backing vocalist Johnny Pace. Chambers and Jones were also on the Griffin session, so Baker was familiar with their playing.

The tracks are straightahead versions of ballads and whilst Pepper Adams plays around the melody to a greater degree, Baker tends to stick to the tune in a more linear fashion. The influence of Adams does seem to bring out a more assertive approach from Baker and the balance of these two establishes the “wee small hours” atmosphere right from the start on Alone Together, with laidback trumpet complemented by the lush baritone of Adams.

A real blues feel is conjured up by all the soloists on You’d Be So Nice and this is continued on Baker’s composition Early Morning Mood, an extra track omitted from the original album surely only due to its length, rather than the quality of the music. Opportunities arise to hear Baker with fewer musicians on the two tracks with Burrell, It Never Entered My Mind and September Song.

Tracks 11 to 15 are from Baker’s Plays The Best Of Lerner And Loewe album, with a slightly different line-up, but retaining a more forceful line of attack thanks to the added contribution of Zoot Sims.

For those averse to Baker’s vocals, this is the album for you. There aren’t any.

Ian Lomax - 27 January 2022
This is guitarist Obiedo's second album of jazz tinged with the colours and rhythms of Latin music. It comprises 10 original compositions by Obiedo and one jazz standard. All...

Jazz Journal - 28 June 2021
I was shocked by Peterson's interminable and dangerously boring perform­ance at a recent London concert, where all the worst aspects of his steam-roller technique seemed to come to the...