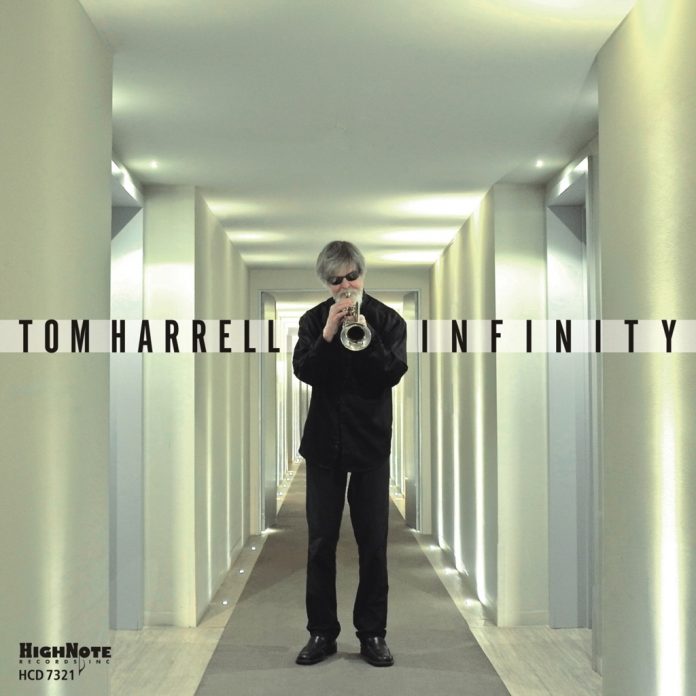 What opened my ears and eyes to Harrell was an extraordinary performance by his quintet at the Koktebel Festival in Crimea, featuring the same drummer as here, Johnathan Blake, who’s been with him for much of the last six years. I’d regarded Harrell as a technically assured but rather unexciting player, a judgment the gig revealed as totally mistaken.

What was most striking was that Harrell stood as still as a statue throughout, head bowed, eyes closed – I’ve never seen that kind of disengagement from the audience, to which his debilitating schizophrenia, that he’s struggled with for many years, must contribute. Nonetheless, he communicates a strong artistic vision to fellow-musicians and audiences – his musical partners are younger, but form a regular band and really know the material.

The trumpeter played with Horace Silver in the 1970s, and began recording under his own name in the 80s. He’s worked with Phil Woods, Bill Evans and Charlie Haden. As here, he likes to record his own compositions, and takes a thoughtful but powerfully swinging approach. Harrell’s career has been prolific – apparently this is his 33rd album as leader. Tenor saxist Mark Turner is, like Harrell, a thinking musician who swings hard, especially with this rhythm section – an ideal partner, therefore. A striking feature is replacement of piano by guitar, mostly acoustic – the beautifully plangent Charles Altura – giving a more open sound.

This new recording confirms my reaction to the live gig. Again, themes are fairly fragmentary – minimal frameworks for improvisation with a hypnotic pull. The highlight, Coronation, begins with a long guitar-led vamp, that leads into a theme that has all the complexity, and some similarity to, Three Blind Mice, set against a loose jazz-rock feel. From such minimal materials arises a magical treatment, and the two horn solos are marvellously logical constructions. The Fast is a simple riff in 7/4 that leads to a comparably relaxed yet intense interpretation. Dublin starts with unaccompanied acoustic guitar, and turns to a loose Latin feel, with a superb lyrical solo by the leader. A really excellent release.

Michael Tucker - 04 October 2021
In his brief sleeve note, Danish pianist Dahl tells us that Sagn means “Saga” in English. He reveals that this music was recorded in one flowing take and released...