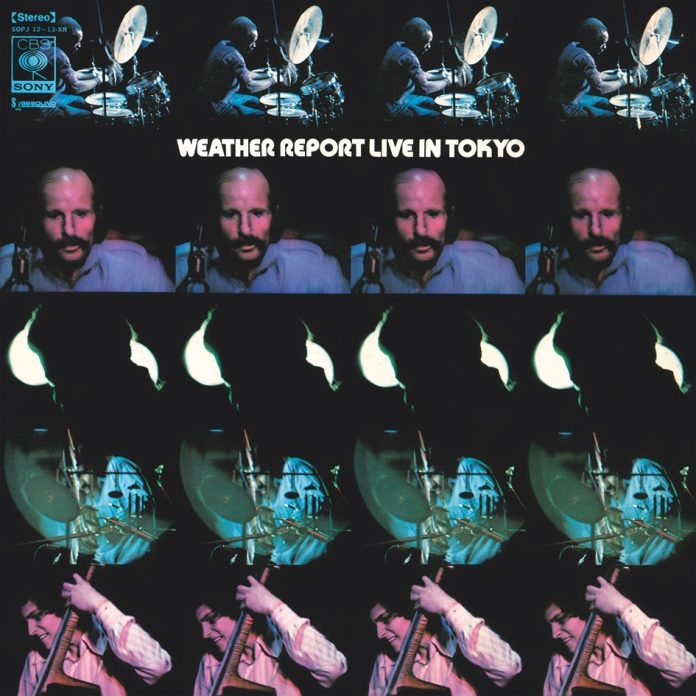 This was Weather Report’s first live recording, made at the Shibuya Philharmonic hall in front of a wildly appreciative and enthusiastic Japanese audience. It followed on from three successful and generally well-received studio LPs but was only issued as a two-record set in Japan. Columbia never issued it but it did come out eventually in the USA, on vinyl, on another label.

The music consists of four sets of medleys played on the two discs and Orange Lady, a sort of fusion and free-ballad mix, for want of a better description. It consists of several short melody fragments on soprano sax by Shorter with interjections from Zawinul on keyboards.

As for the four medleys they all follow the same basic pattern of performance; free flowing followed by stop/start soprano lines with Shorter at his most oily and fragmented. Zawinul constantly changes from various keyboards to acoustic piano and adds many additional sounds not normally associated with those instruments. There is quite a lot of noodling going on from Shorter and Zawinul with constant interjections from drums and percussion. Doctor Honoris Causa and Directions are the two most familiar tracks although these versions differ considerably from past studio efforts or, in the case of Directions, the version Shorter cut with Miles Davis.

With most of these pieces, the work is started at low level, built up, dissected at length and gradually put back together again. Shorter frequently hits a good groove only to abandon it before developing it fully and Zawinul’s lines are also mainly fragmented. Vitous, on bass, contributes fully as part of the ensemble and provides a bass line whenever something starts to take off but generally speaking, nothing really does, the programme consists of a series of stops and starts, varied soundscapes and a full rhythmic backdrop from Eric Gravatt’s drums, Vitous on bass and the exotic percussion from Don Um Romao.

Part free improvisation, part fusion, the group was very popular in their day and this concert was received with rapturous applause by the Japanese audience. The sound provided by Speakers Corner Records on this 180-gram vinyl double is first class and points up every note and even, indeed, every footstep across the stage.

Derek Ansell - 31 May 2021
This is certainly an ever-expanding trio, the music burgeoning out from the opening chords of each selection. The leader usually begins slowly, in stately fashion, often with soft melodic...