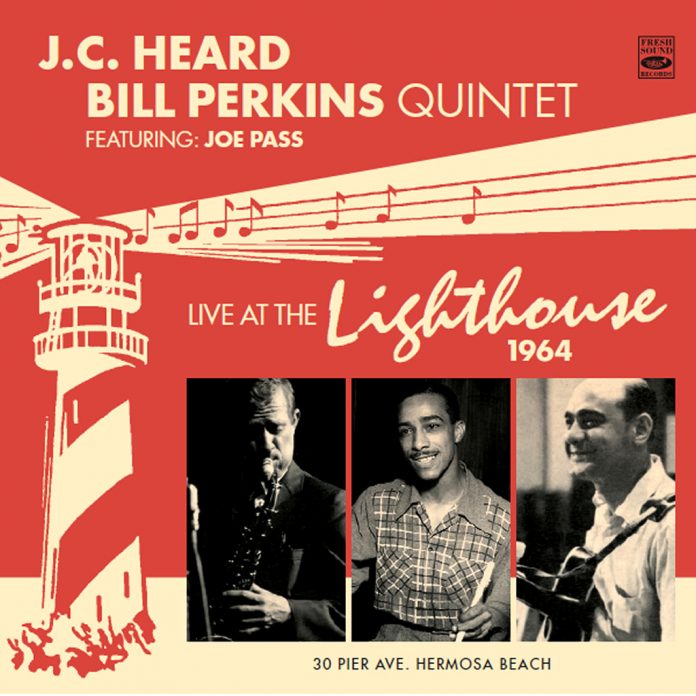 Perk was always a most inventive soloist, never content with the status quo. His improvisations here are continuous, hastening to leave the melody, as in There Will Never Be. Here his Lestorian persona was still palpable. Later, when he felt the need to work from Rollins and Coltrane, his fans were unsettled and many tuned away from him.

He’s in good company here, for Joe Pass never picked up the guitar without shedding a load of brilliant and intricate improvisations. Joe swung without thinking and most people, on reflection, would suggest that he was one of the greatest jazz guitarists ever, to say nothing of the most tasteful. His solo feature on Sometime Ago is truly beautiful.

My ears were opened to Strazzeri when he appeared on stage unannounced at Nice and dazzled the audience with his amazing work. He’s a modest man who, when I spoke to him after that performance, apologised to me for the fact that he wasn’t better known. He was with Woody briefly in 1959 and worked often as a house pianist, at Donte’s for example, and here at the Lighthouse. He was also associated often with Perk and – breathe it quietly – was Elvis Presley’s pianist during the 70s. His sparse and uncluttered bop style is heard throughout with a particularly nice solo on J C’s Tune.

Oliver Nelson’s Don’t Stand Up is a happy belter for everyone, and J C closes the album with the mambo. Perk wails on this one, Pass is transcendental and one can indulge the length of the dextrous and non-bombastic drum solo on the grounds that J C too is not just a tasteful accompanist, but an athletic soloist. This and J C’s tune are good compositions by the drummer, who was also a tasteful player.

A fine confirmation that the great West Coast era extended beyond the 50s.

Simon Adams - 03 July 2020
Kahil El’Zabar and David Murray first recorded together in 1989 and some of the seven compositions on this new set are co-written by both of them. So...

Matthew Wright - 13 July 2019
This summer sees the series of cricket matches known as The Ashes played between England and Australia and it reminded me of one day in 2013, when...

Gordon Jack - 15 June 2020
Lennie Niehaus made an important contribution to the buoyant West Coast jazz scene of the 1950s with his creative work for Stan Kenton and his own distinctive...

Jazz Journal - 31 August 2020
After the disappointment of his last CD (Konitz In Rio) it's good to hear Lee Konitz in good voice and in brilliant sound,...

Bruce Crowther - 01 July 2019
Aged 50 at the time, 1974, Sarah Vaughan is in her vocal prime here. This release presents two television shows that were under the title Jazz From...