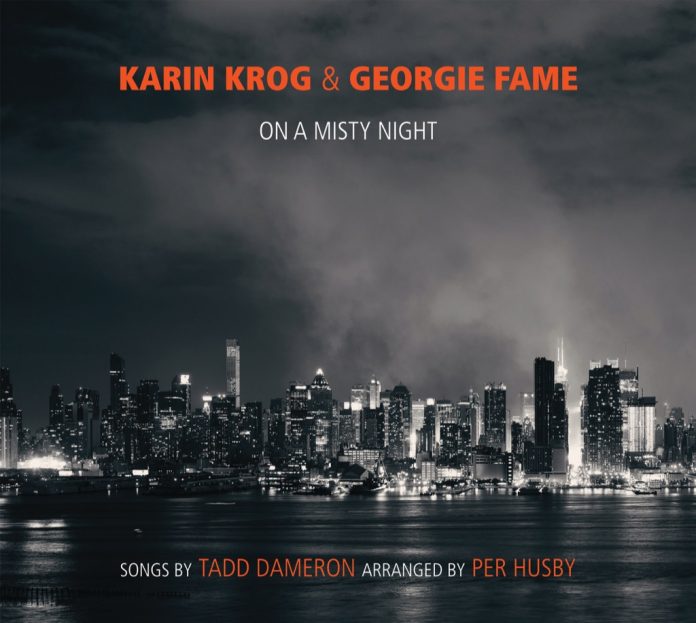 The CD’s subtitle is usefully succinct: “Songs by Tadd Dameron arranged by Per Husby”. In the notes, Husby, Norwegian pianist, arranger and musical director, tells a familiar tale of dogged persistence through stalled plans and half-finished projects, leading finally to this album.

Tadd Dameron was a good pianist but better known as a composer-arranger. In fact, he was the composer-arranger of the bebop generation. Three years older than Charlie Parker, he wrote Hot House, one of the defining themes of bebop, and Good Bait, the closest Count Basie ever came to it. In a genre that consisted mostly of unison theme-solos-theme again, Dameron was dedicated to form and texture.

And that’s clearly what attracted Per Husby. His band of 12 instruments includes French horn and tuba, with only two trumpets and lots of woodwind doubles among the four saxophones. An imaginative writer can do more with a line-up like this than with a conventional big band. Fragments of melody can be tossed lightly around from, say, a couple of flutes to trumpet and soprano saxophone, while the lower instruments provide a harmonic groundswell. There’s always something happening, something in motion. Accentuate The Bass is full of surprises of this kind, plus some positively athletic tuba from Stein Eric Tafjord.

A few of these numbers are jazz standards, or at least are reasonably well known. Most of the others were dug out by Husby from publishers’ offices, where they had been deposited as copyright lead-sheets. Some had lyrics attached, but not all. Enter Karin Krog and Georgie Fame. It’s hard to imagine a better-matched or more qualified pair. Between them they bring the tunes to life, with their lyrics, vocalese and bursts of scat. The track entitled Fontainebleau/Trane is particularly fascinating: it combines two Dameron compositions dating from 1956: the first is an impressionistic piece (much more efficiently played here than on Dameron’s own Prestige recording), which Husby has wrapped around a version of Soultrane, with Krog singing her own words.

Apart from the two final tracks, all this material has been released before, sometimes even winning awards, but never as a complete set like this – and those last two pieces are among the best. It’s an excellent album all round, with very little to choose between the Oslo and New York tracks. There are many fine solos, too, notably by Frank Wess, Michael Leonhart, Frode Thingnaes and Atle Hammer. I have only one small complaint: it’s difficult to catch all the words because the vocals aren’t sufficiently prominent in the mix.

Finally, can anyone solve a mystery? Five of the tunes bear the credit “Reid” after Tadd’s name. Who this individual was (or is) I have no idea. He or she certainly didn’t write the lyric to If You Could See Me Now though, despite what the label says. It was Carl Sigman, one of the most prolific lyricists of the 1940s and a beyond. So where does this Reid come in?

Kenny Kotwitz & The LA Jazz Quintet: When Lights Are Low

Leon Nock - 26 February 2021
With lockdown in full flow in the summer of 2020 and no live gigs to review I began trawling the reference books in search of centenaries. Although I came...