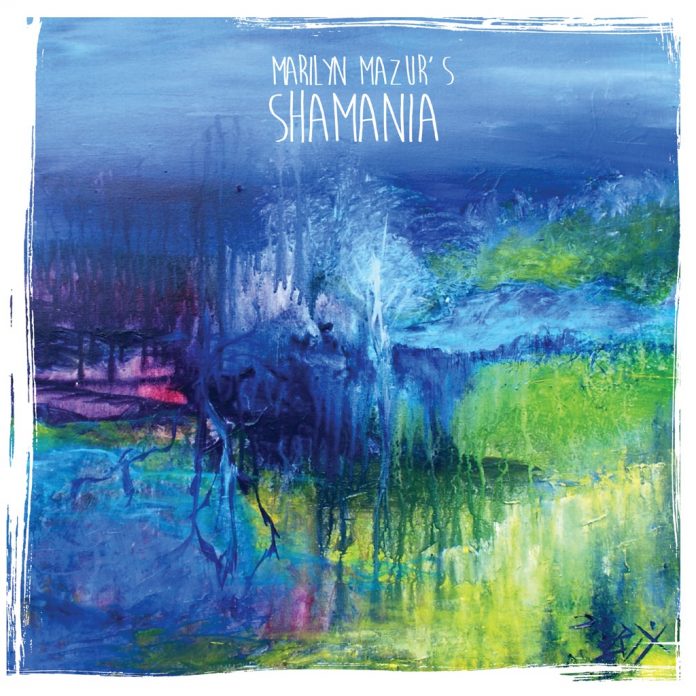 Mazur won Denmark’s prestigious Jazzpar Prize in 2001. Her extensive CV includes work with Miles Davis, Wayne Shorter and Gil Evans plus a lengthy tenure in the Jan Garbarek Group (and she cut a fine duo album with Garbarek for ECM, the 2005 Elixir). As well as being one of the most in-demand percussionists of recent decades, she is a painter and pianist, composer and dancer and brings thereby a sensibility as broad as it is deep – and subtle – to her arresting work.

If both the title and some of the instrumentation here (goat horn and gong) conjure primal associations or overtones, the concept of an all-female ensemble also harks back some, to the female music-theatre Primi Band which Mazur founded in 1978. The female voice has long played a key role for Mazur: if you don’t know them already, check out the haunting contributions of vocalist Aina Kemanis on discs such as 1990’s Future Song on verabra, All The Birds, Mazur’s Jazzpar Prize two-CD recording for Stunt Records, and the 2003 Daylight Stories, again on Stunt Records.

Recently, Mazur has been working with the exceptional Swedish vocalist Josephine Cronholm. Like all the musicians here, Cronholm is at the top of her improvisatory and interpretive game, helping bring what Mazur calls the “urkraft” which drives this distinctive suite of ritual-rinsed music to both mysteriously flickering and magical, fiercely lambent light.

There are strong solo moments from the likes of Lotte Anker and Lis Wessberg, as well as, e.g., Cronholm, Oiseth and Mazur herself (hear both the sonic poetry and the rhythmic power of the dynamic range she exploits in Behind Clouds). However, the sustained impact of Shamania lies in the flowing interchange of voicings and dynamics evident within this freely fired yet firmly shaped collective, moving as it does from the most delicate of pianissimo reflections to ostinato-pumped grooves (Crawl Out And Shine) and ascensional affirmation (the concluding – and superb – Space Entry Dance).

Don’t miss a near-hour of shape-shifting magic from this most musical of percussionists and her equally estimable cohorts – further welcome evidence of the ever-burgeoning strength of women’s jazz in Scandinavia today.

Matthew Wright - 27 May 2021
Recorded over three days at the Van Gelder studios, this album went through a process of reworking, enhancing and overdubbing, the horn parts played by Greg Abate and added...