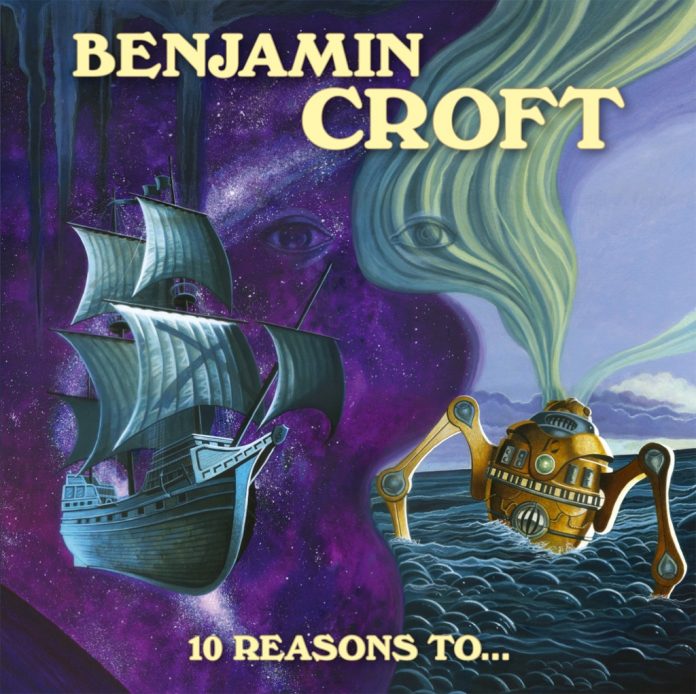 Benjamin Croft’s first solo album was inspired by the recent passing of musicians that were significantly influential to him, such as Allan Holdsworth and Keith Emerson, and was composed to reflect his creative development throughout his life. Over 12 tracks Croft explores a variety of stylistic influences, from orchestral parts, jazz quartet, and especially classic synthesiser.

Using the collection of vintage synthesisers at Greystoke Studios, West London, Croft creates some excellent sounds, ranging from a huge prog-rock style on One Million Years At Sea, to a muted jazz fusion lead on See You in Another Lifetime.

Aside from the piano and synthesisers, the band Triple Echo provides the rest of the instrumentation, with a very high quality of musicianship.

The fifth track, T.T.E (Time, Talent and Electricity) is dedicated to Keith Emerson, and features spacious and expressive piano from Croft, and intricate flugelhorn playing from Andy Davies.

Among other highlights are The Sycophant, which is a Mahavishnu Orchestra style composition, with gritty synth in unison with violin courtesy of Benny McLean, and Saleem Ramen’s expert drumming on The Whispering Knight.

Croft is also a lifelong fan of Doctor Who, and actor Peter Miles, who appears in many of the show’s early episodes, features on the album. He reads poems by Edgar Allen Poe and Dylan Thomas on the first and last tracks respectively, providing a powerful and thought-provoking atmosphere at the introduction and conclusion to Croft’s project.

The album is a great listen from start to finish, expressing not only Croft’s respect and admiration for those that have influenced him, but also the excellent musicianship and creativity that he himself possesses.