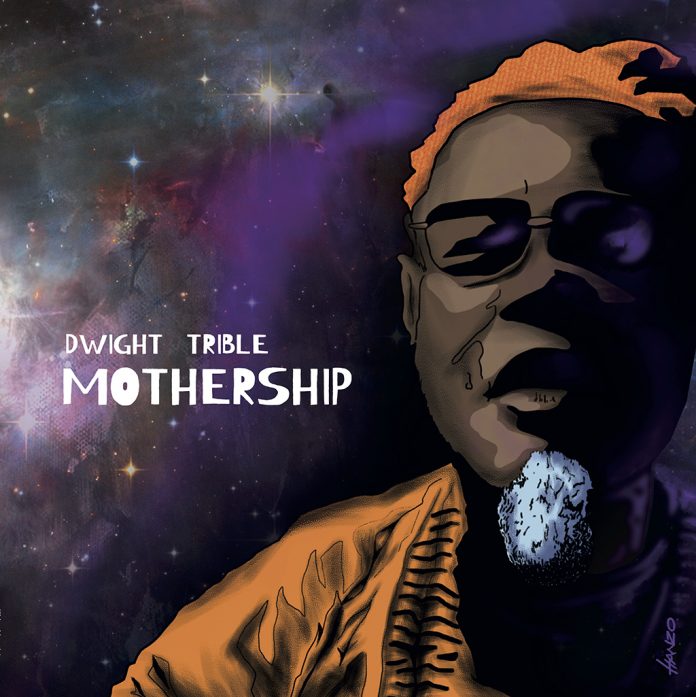 As arguably the world’s greatest living jazz vocalist, Dwight Trible is a legend in waiting – and it’s time he was heard. Well, that’s what I read on the Five Rise Records website when wanting to find out more about what I was listening to. So now I know. And I also know not to believe such marketing puffery.

Trible has an interesting, over-emotional and swooping vocal style. Right from the start of Mothership I genuinely couldn’t tell if I should be taking it seriously or whether his interpretations were deliberately jokey, and over-the-top.

Syrupy, with backing instrumental performances that echo with rather grandiose intentions, Trible drenches his material with meaning that sounds insincere and laboured in equal measure. Or maybe that’s just my tin ears.

Such is the theatricality on offer here that Trible’s exuberant take on the Beatles’ Tomorrow Never Knows leaves the original sounding positively middle of the road.

It is this lack of shade and subtlety that gives Mothership the unintentional feel of being a comedy album. Everything is over-done, like someone has turned all the switches and knobs on the mixer desk all the way to maximum. You’ll hear more nuanced performances at the local pub on karaoke night.

Discography
Mothership; It’s All About Love; Mother; Brother Where Are You?; Standing In The Need Of Prayer; Song For My Mother; Tomorrow Never Knows; Thank You Master; Desert Fairy Princess; Walkin’ To Paradise; These Things You Are To Me; Some Other Time (72.03)
No personnel or recording information available on copy received for review.
Gearbox Records GB1552CD