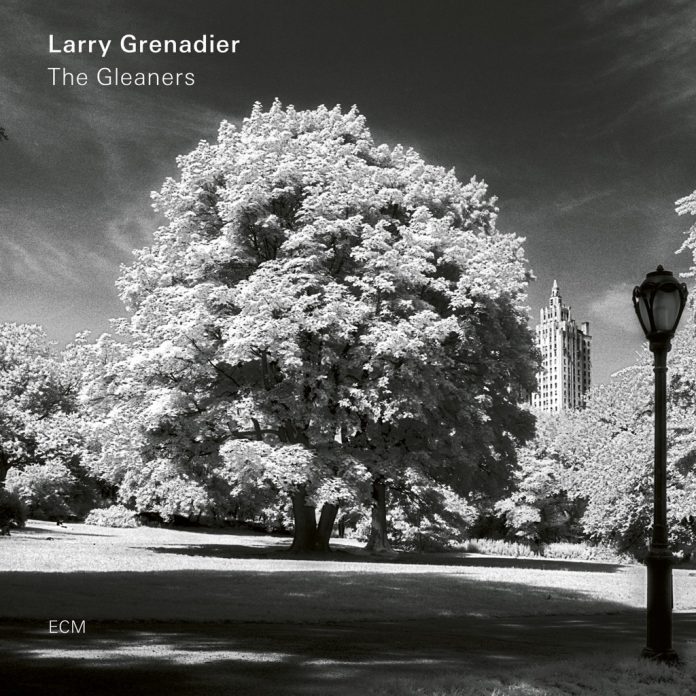 At 53 you’d hardly call Grenadier a veteran, but having worked with some of jazz’s foremost performers – from the late Paul Motian and Michael Brecker to the all-conquering Pat Metheny, Brad Mehldau and Chris Potter – he can certainly draw on a considerable bank of experience.

A solo recital is an altogether different type of challenge though, and it will probably come as little surprise to learn that the idea for this session was hatched by that longtime aficionado of the format, Manfred Eicher.

Hewing closer to the acoustic explorations of Dave Holland, Miroslav Vitous and Barré Phillips than the multi-tracked soundscapes of Eberhard Weber and Björn Meyer, Grenadier seems completely unfazed by the glare of the spotlight. What emerges is an autobiographical patchwork, a rapid-cycling programme of contrasting moods and ideas in which, one by one, the strands of his complex musical identity are teased out.

It opens with the soothing arco timbres of Oceanic, and the ears are immediately plunged into a seemingly fathomless tone pool. Pettiford by contrast showcases Grenadier’s blues-drenched pizzicato. Based on Laverne’s Walk, the piece should be familiar to fans of the trio Fly, and this solo version hurtles forward with an unstoppable momentum.

Entering the hazy realms of Americana, Woebegone includes a brief passage of over-dubbed arco and is by some distance the most directly accessible and melodic piece of the set.

An unlikely medley of Coltrane’s Compassion and Motian’s The Owl Of Cranston proves something of a masterstroke – transitioning from ruminative meditation through to passages of controlled violence, Grenadier turns the piece upside down as he switches voice and introduces a comforting Haden-esque warmth to Motian’s off-kilter ballad.

Vineland is another deliciously lyrical arco study, Wolfgang Muthspiel’s contrasting bagatelles are by turns austere and playful, while Gershwin’s My Man’s Gone Now is raw and bruised, tracing a poignant dotted line back to an early hero, Miles Davis.

Whilst many of the pieces here are extremely brief, each is fully complete in itself and there is nothing remotely extraneous across the album’s 43 engrossing minutes. Brilliantly conceived and executed from start to finish, The Gleaners offers an exploded view an artist at the peak of his powers and makes a worthy edition to ECM’s prestigious library of music for solo bass.

Discography
Oceanic; Pettiford; The Gleaner; Woebegone; Gone Like The Season Does; Compassion / The Owl Of Cranston; Vineland; Lovelair; Bagatelle I; Bagatelle Ii; My Man’s Gone Now; A Novel In A Sigh (43.00) Grenadier (b). New York, December 2016.
ECM Records 6757841