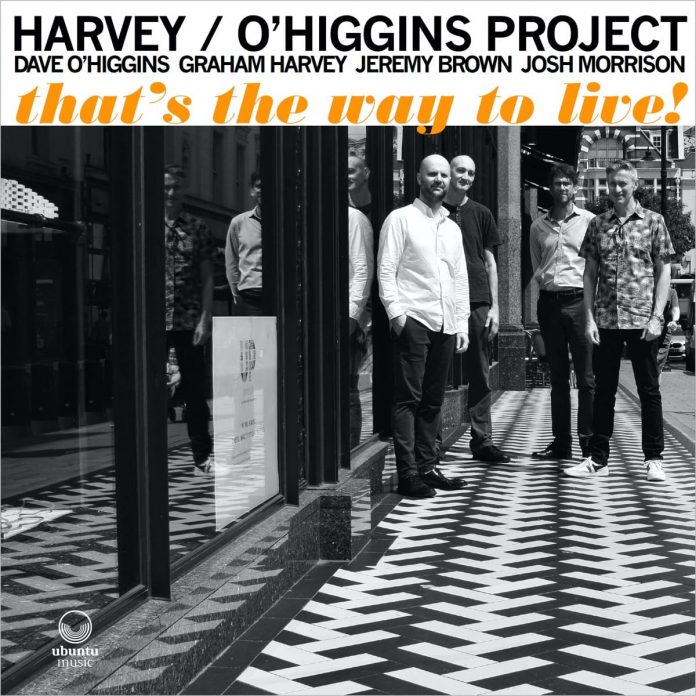 Although the retro phenomenon is certainly not unique, there’s still something begging a question when a newly recorded album is comprised of straightahead jazz – the sort that would have regularly been heard 50 years ago.

However, the musicians themselves neatly answer that poser on the group’s Bandcamp page thus: “The musical landscape that the Harvey / O’Higgins Project inhabits is neither innovative or fashion-led. There is however, a thread in jazz that has continued from its origins in the small groups of the swing era, through bebop and up to the present day, that embodies the aesthetic of harmonic integrity (‘making the changes’) coupled with rhythmic coherence (‘being in the pocket’). This is where we exist. It’s not a lack of creativity that leads us to explore the standard repertoire and forms of jazz. Instead, these forms provide the canvas for improvisation and dialogue.”

So, whilst this album is emphatically not iconoclastic nor is it meant to be, the standard of playing is never less than first class and Graham Harvey and Dave O’Higgins’s quartet perform this set of standards and originals with finesse. The quartet’s candidly honest revelations are equally admirable, explaining the album’s choice of compositions in an honest-to-goodness “does what it says on the tin” way. True, the music might not always appeal to contemporists or those seeking out new experimental frontiers, but to those who enjoy listening to uncomplicated, swinging jazz, this would undoubtedly be this year’s album of choice.

There are some outstanding highlights to be heard too, for example on Charlie Parker’s fast-paced bop Segment, the quartet accelerates swiftly into fifth gear, although the rest of the album could hardly be called sluggish in its delivery. Even on O’Higgins’ relaxed blues Stir Crazy, there’s an undeniable charm and on Joe Myrow and Kim Gannon’s Autumn Nocturne, he clearly demonstrates why he is one of the best tenorists around.

Brian Morton - 10 January 2020
Everyone seemed to play louder and more riotously at Onkel Pö’s, as I recall. Hamburg was a boat trip away and the Beatles and great beer and there always...

Fiona Boyes: Blues In My Heart