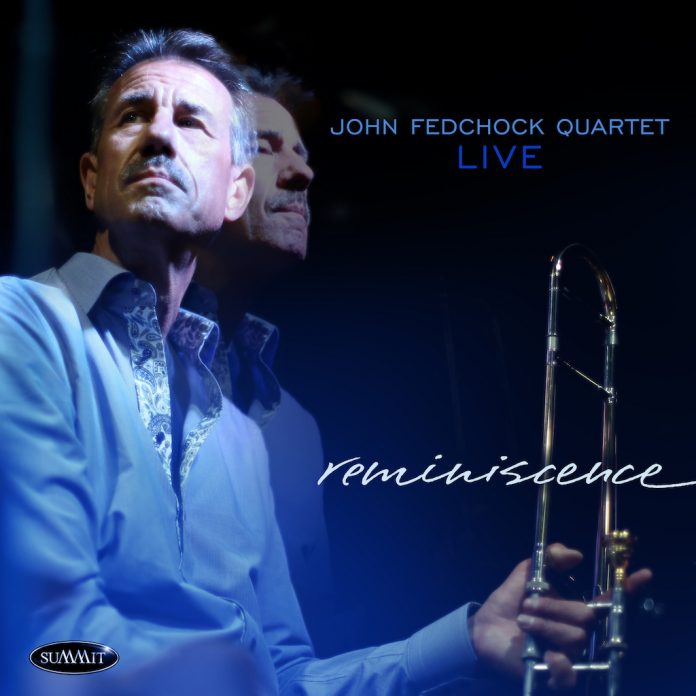 John Fedchock began playing with Woody Herman in 1980 and for the next seven years he toured with the Thundering Herd as music director and featured soloist. He went on to work with Gerry Mulligan and Louie Bellson before co-leading a big band with Maria Schneider. Most of his albums as a leader find him fronting his own exciting New York-based big band which he formed in 1992 but just occasionally he is to be found in a small-group setting.

These quartet performances are a follow-up to his well-received Fluidity CD (Summit DCD 653) which was recorded during the same three-night engagement at the Havana Nights club in Virginia Beach. The club has since closed but it was acoustically designed for recording with state-of-the-art equipment.

“Loose Change” is a Fedchock original being introduced here allowing the leader to stretch out with long, flowing, legato lines reminiscent of Carl Fontana at his best. He doffs his cap to another trombone master on “Lament” by J.J. Johnson which the composer introduced in 1954 with Kai Winding. Miles Davis and Gil Evans famously gave it their seal of approval on the famous 1957 Miles Ahead album and the delightful Meredith d’Ambrosio has since added a fine lyric on her Love Is a Game CD (Sunnyside SSC 1051D). John performs it here as a bossa nova and his pure horn-like sound almost devoid of vibrato is a really a thing of beauty.

“The End of a Love Affair” seems to be the only memorable contribution that composer Edward Redding made to the songbook repertoire. It is notable for the way Fedchock doubles the measures so that the 40-bar sequence becomes 80. I have never heard a singer do this on “Love Affair” although Instrumentalists sometimes do.

He is accompanied by a well-integrated trio featuring the sympathetic pianist John Toomey, bassist Jimmy Masters and long-time colleague drummer Dave Ratajczak, who sadly passed away a year after this recording.