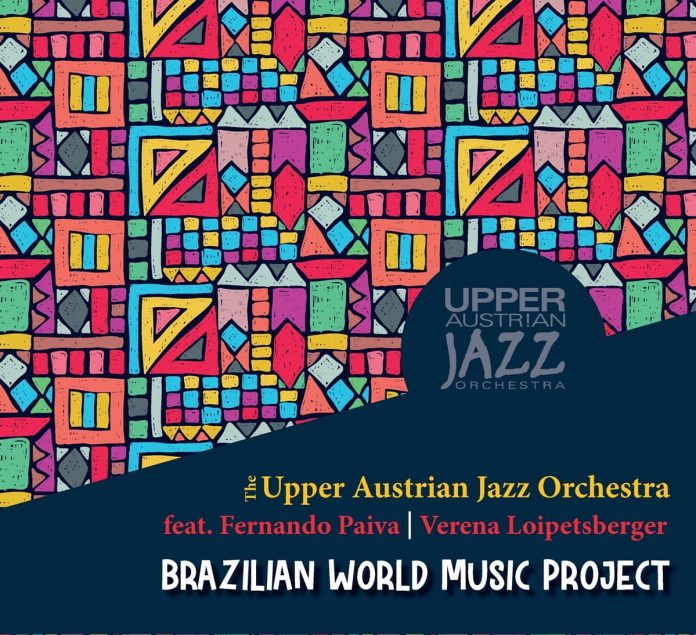 It might be silly self-fulfilling prophecy to describe an album by an Austrian big band as Teutonic (as the term is pejoratively applied), but there’s a heft and almost martial discipline on this one that sometimes works against the spirit of the project it’s taken on with the Brazilian composer and percussionist Fernando Paiva.

South American music is nothing if not light and airy, so there’s a sense in which the arrangements by members of the Upper Austrian Jazz Orchestra of five Paiva charts and others sometimes sound over-wrought. Had the basic material been something other than Latin, or the ensemble less weighty, the outcome would have been different. Even the oases of Coral Voices and Ballad For Beyond are evading sandstorms.

But the tracks are generous and reflect the arrangers’ proclivities as well as their mastery of the brassy idiom. The opening Mockin, written and arranged by saxophonist Christian Maurer, has a bop complexity but ends with a freeish episode. Blues Brass, a Paiva chart arranged by pianist Helmar Hill, is so catchy it almost outstays its welcome but on route has delicious solos by Maurer (soprano) and Manfred Weinberger (flugelhorn). The intriguing Erichs Tante Is A Dominante is another bop tongue-twister scatted by wonderful vocalist Verena Loipetsberger in unison and with a wild percussion finale.

Despite the avoirdupois, formats are imaginative, tightly controlled and delivered with aplomb; and with some delicious solos sprinkled throughout. The result, though, sounds like a fusion of two cultures; even the vocalese of Loipetsberger is harnessed to the overall sound, not set free to float beyond it.

The UAJO has form: 27 years as a performing unit, 12 CDs to its name, and concerts or Paiva-like collaborations with Mike Gibbs, Kenny Wheeler, Ed Puddick, Jane Monheit, Richard Galliano and others. Eight of the 10 arrangements are by band members, and at 12 minutes short of 90 the album delivers value for cost.

John White - 08 May 2022
In 1962 Bill Evans, still recovering from the death of his bassist Scott LaFaro a year earlier, and desperately in need of money to finance his “habit”, asked Riverside...