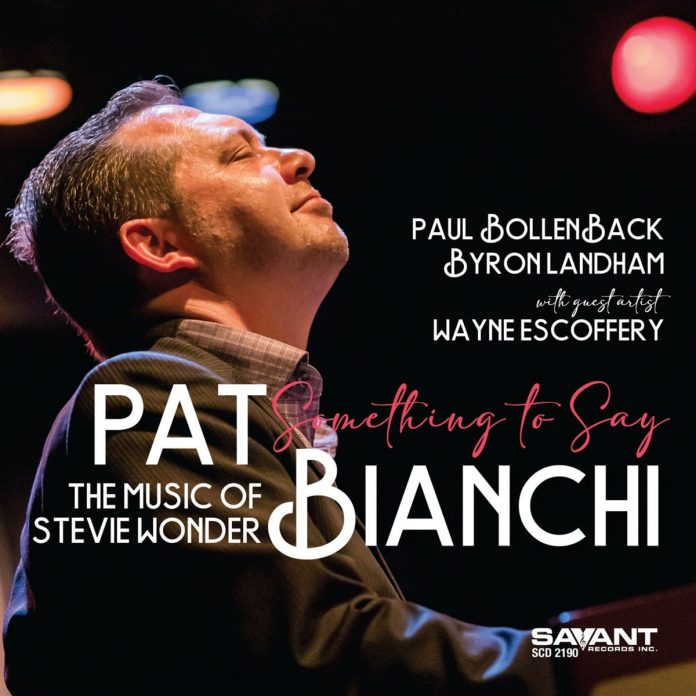 The Hammond B3 organ has an illustrious history in jazz, blues, soul and pop music, and was notably played by Stevie Wonder in the early 1970s. Pat Bianchi follows in his footsteps today, although his preferred version is the MAG Custom Organ, considered to be the best of the available portable B3 clones.

As ever, it is the unmistakably oily, gloopy sound of the Hammond that most takes the ear, Bianchi skilled in ensemble work and usually taking the more scenic route through his solos. Bollenback however is a tad too predictable and rock-orientated in his solo guitar lines.

Until You Come Back To Me and Moon Blue are both treated surprisingly gently, Escoffery rearranges and slows down Superstition and skips politely through Something To Say, while Isn’t She Lovely has a good spring in its step and Just Callin’ – Bianchi’s own song written over Wonder’s I Just Called To Say I Love You – rips and roars along in high style.

The main problem here is, as Bianchi says in his sleeve notes, that “Stevie’s original recordings are perfect, and for me to just rerecord them more or less like the original versions . . . just didn’t feel right.” Yet he also felt unable to stray too far in melody, tempo or groove from Wonder’s master-takes, which makes this set a heartfelt tribute, but too close to the source to be truly effective.