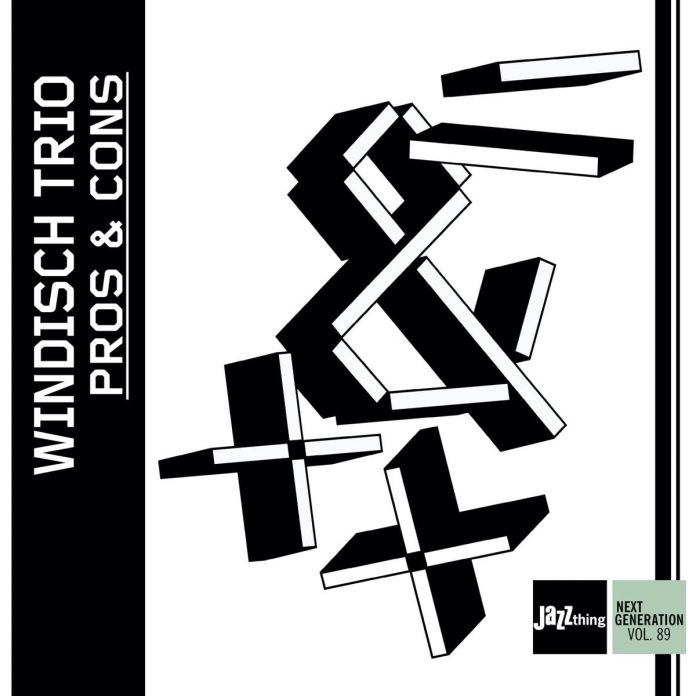 If Esbjörn Svensson reinvigorated the piano trio format at the turn of the millennium, it’s fair to say that in more recent times a certain staleness has set in. That’s not to say that the medium is in decline, but it’s striking just how many of today’s most exciting formations have a connection to Copenhagen’s Rhythmic Music Conservatory (RMC). Django Bates’ Belovèd, Enemy, Phronesis or the trios of Jacob Anderskov are cases in point, and on this evidence the newly formed Windisch Trio seems to be ready to join the list.

Born in Stuttgart in 1995, Julius Windisch studied in Bern before obtaining his masters at the RMC and is now resident in Berlin. His short discography includes 2017’s breezy debut Drama (QFTF), an edgier 2019 project with drummer Peter Bruun featuring electronics and voices, and the Windisch Quartett’s rhythmically daring Chaos (Hout Records), which was reviewed enthusiastically in these pages in July 2020.

Many of the pieces on Pros And Cons were written in Copenhagen in 2019, and in contrast to Chaos Windisch leans heavily on conventional jazz harmony and forms. Of course the broken beats which are so synonymous with the RMC still feature, but there’s also a clear line back to Paul Bley and Chick Corea’s exploratory trios of the late 60s and early 70s.

Within the first 60 seconds the trio move from tight, dreamy unisons to loose free improvisation. The music comes at you in waves, and it’s hard not to be swept away. Oknagut’s boppish theme and bouncing gait belie the extent to which Spallati and Merlo swim against the tide, while the dark title track offers a window into Windisch’s mind during a period of indecision. Brooding and introspective, it has an emotional gravity which recalls Andrew Hill’s Blue Note prime.

Going For It sees the trio having fun with conventional swing time, while the two Interludes, far from programmatic filler, are possibly the most enigmatic and intricate pieces of the set. Closing with the constantly circling pirouettes of Nie Aufhören (Never Stop), Windisch’s exciting new trio have delivered a strong candidate for album of the year.

Jeff Cosgrove: History Gets Ahead Of The Story

François van de Linde - 29 June 2020
Drummer Jeff Cosgrove’s History Gets Ahead Of The Story is mesmerising on many levels. First of all, arguably a rarity in this day and age, the overall sound is...