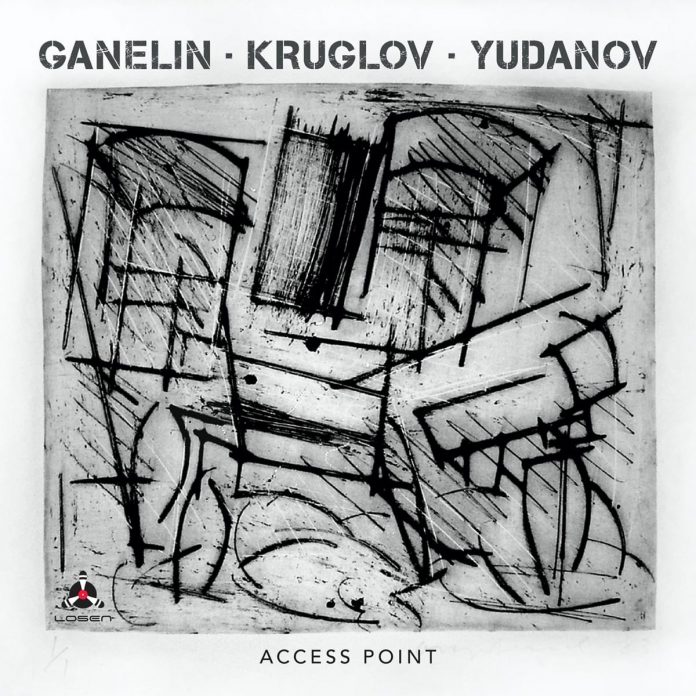 Those of us of a certain vintage may remember the stir caused by Ganelin’s trio in the early 80s.

In the West we had become familiar with some contemporary jazz from behind the Iron Curtain, especially from Poland (notably Zbigniew Namyslowski, Krzysztof Komeda, Tomasz Stanko and Michal Urbaniak) and some random others, like the Zagreb Jazz Quartet from Croatia/former-Yugoslavia, but the scene in the USSR itself was largely a mystery until Leo Feigin managed to smuggle some recordings out and issue them on his purpose-built label, Leo Records.

That original trio first played in London in March 1984, and I was lucky enough to attend. The concert was received ecstatically by the audience, but it wasn’t long before there was a critical backlash from some sterner (po-faced?) critics focusing on the vaudevillian elements in the performance of saxophonist Vladimir Chekasin. These components may have referenced Russian folk-culture, which fed into the trio’s music alongside cabaret, but the main thrust was avant-garde/free jazz. Ganelin certainly seemed to have heard Cecil Taylor.

This current trio was formed in 2012 and is in essence continuing the development of previous trios (minus clowning). There is plenty of dense collective improvisation but there are a number of gripping solos too. The music is a constant ebb and flow of moods, tempi and textures, with some fugitive flashes of ambiguous sounds (strings? a church organ?), that presumably emanate from Ganelin’s keyboards/electronics. (I’ve seen him playing piano with one hand and electronic keyboard with the other, and that seems to happen quite a bit, especially in part 4, so that the trio in effect becomes a quartet.)

If you already like this trio’s blend of frantic freedom and carefully considered textures you’ll want this.

Roger Farbey - 30 January 2019
Dori Rubbicco took a degree in music and jazz vocal studies at Westfield State University and her association with her musical director John Harrison dates back to 1978 when...