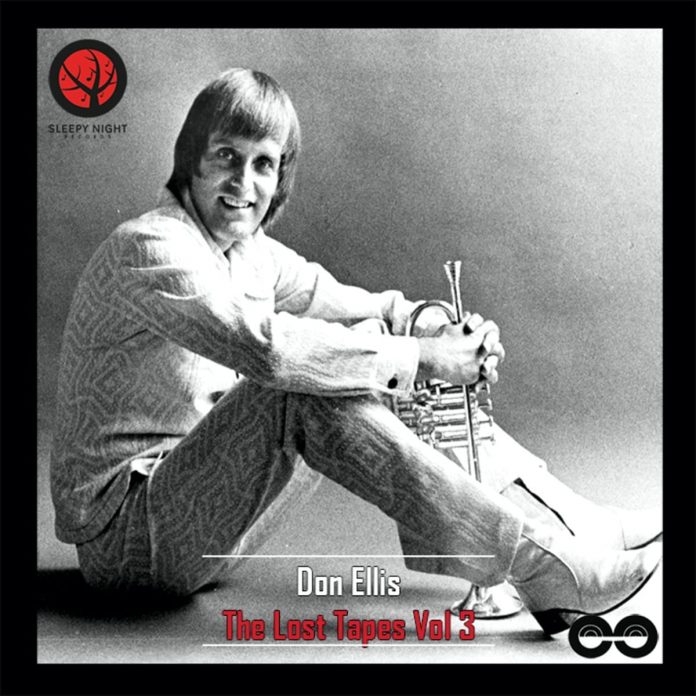 These nine tracks were recorded variously between 1965 and 1978. No full personnels are given but featured soloists are noted. Don Ellis built his name on electronic manipulation and it reaches its height on Vulcan, from his last ever concert in April 1978. “We enhanced it”, writes the producer, “by adding in keyboards, drums, strings, and a new guitar solo…”

Donna Kime, a lady with an immensely powerful soprano voice, features on the opening track. I found her singing too abrasive for repeated listenings, but, intrigued, I looked her up on the Internet, and found almost 20 Donna Kimes listed there. I was frightened off.

There’s no doubt that in his day Don was one of the more fashionable innovators. I always found that his arranging ideas were ahead of his trumpet work, which tended to gravitate to a gospel-inspired interpretation of bebop that wound up as mainstream, as you can hear on My!

There’s plenty of facing every way and Bombay has a tiny bit of fetching sitar before transposing it to gospel again. The trumpet solo is festooned with electronic enhancement that doesn’t help. It’s Time Again is another gospel theme with Milcho Leviev’s keyboard and Ellis even further away.

He must have marked the spot for Art Pepper to stand on, because you wouldn’t know Art, listed as featured, was on Let’s Do It. What a waste. Sam Falcone contributes Middle East clarinet to drive Leviev’s Fire Dance and the composer contributes to the mayhem by playing bass drum.

Derek Ansell - 15 November 2020
This music has, of course, appeared many times, first as The Quintet on the original Debut Records release, later as Jazz At Massey Hall and other titles. Now it...