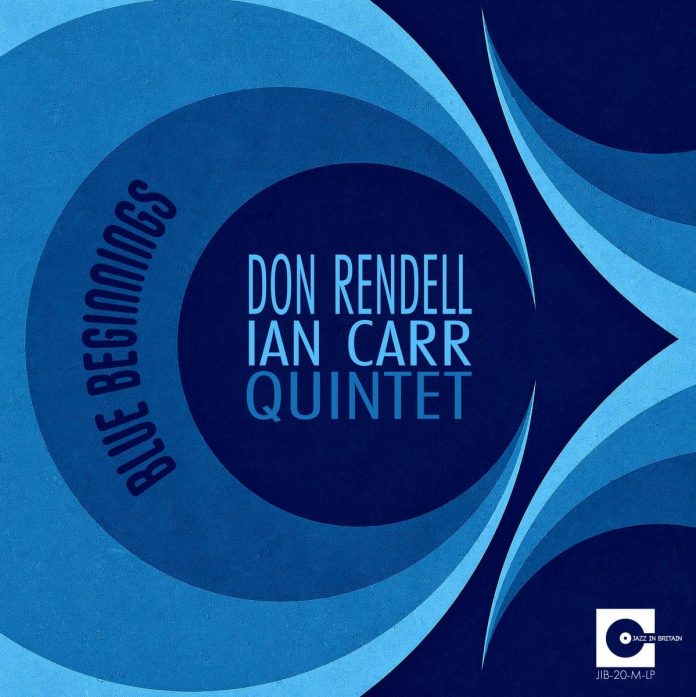 This was an effective British band that metamorphosed, not necessarily for the better, as it went along. A sea change happened when Michael Garrick took over from the eccentric Purbrook. Garrick’s composing was limitless, and he overwhelmed the band with it, whilst Purbrook’s astringent and functional playing preserved the early character of the group. (Simon Spillett notes the similarity with Wynton Kelly, a leading player of the day – I would add that this album serves particularly well as a memorial to Purbrook and Rendell). The other main mutation came as Carr’s trumpet swapped dry elegance for the obliterating fashion of rock.

Ardley’s Shades Of Blue, a typical Neil Ardley portrait in depth, is the best track, and has Purbrook-Carr in Evans-Davis territory.

Here’s the pristine band, very good, but not quite as good as I remembered it to be. To be fair, this is due to the passing of almost 60 years – the music’s impact, original as it was, wasn’t designed to weather so many decades.

Rendell’s Blue Doom is a fast test-piece calling for incisive playing from both horns as they dice with Tomkins’ drums. Autumn Leaves is swinging mainstream with nice middle-register playing from Carr.

Rendell was a wonderful pro, a serious man who could create joyous music in many idioms – even in the Kenton band, where Bill Perkins gave Don the mouthpiece that he used for the rest of his life. Carr was thoughtful and poised in these pre-Nucleus days. The root of the band and perhaps its hero was Dave Green, then already one of our greatest bassists, whose full sound ranked with the Americans and indeed it hasn’t changed to this day.

François van de Linde - 18 August 2019
Blessed are those who have seen Rudolf Nureyev dance. Every muscle worked as the polished part of the perfect whole. His technical ability was unmatched but functioning solely as...