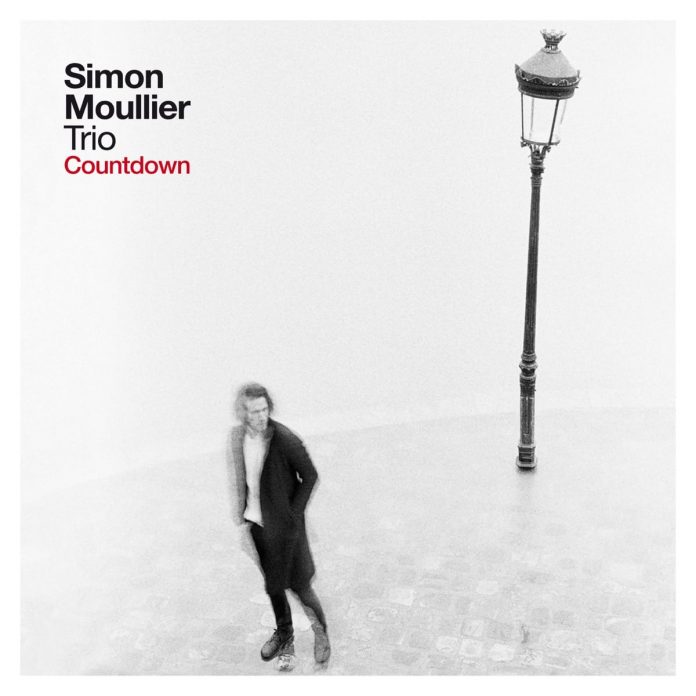 Why not go all the way? That must’ve been the thought on the mind of vibraphonist Simon Moullier when compiling repertoire for his sophomore album Countdown. Among others, Moullier, bassist Luca Alemanno and drummer Jongkuk Kim present compositions of John Coltrane, Thelonious Monk and Charles Mingus. A sparkling, collective reimagining of gems.

The trio, which functioned as the core of the bigger band that performed on Moullier’s debut Spirit Song, has been cooperating out of New York for a couple of years, evidently to tight-knit and intense effect. It wickedly adapts stone-cold classics to its temperament. As such, complex pieces as Coltrane’s Countdown (especially challenging) and Tadd Dameron’s Hot House develop into a courtship of Moullier and Kim, with Moullier’s crystal clear lines playing hard to get and Kim’s counter-intuitive accents resembling mating calls from a stormy forest. At the other side of the spectrum, the trio adds cane sugar to their crisply swinging Latin bowl of Cole Porter’s I Concentrate On You.

For the talented Moullier it is no trouble at all to put his exceptional amalgam of turnarounds, suspensions and rhythmic figures at the service of expression instead of virtuosity for virtuosity’s sake. What’s more, Moullier’s details add to the magic and elusiveness of the little chapters in his vintage jazz novel. For instance, the gritty Afro-groove reworking of Monk’s Work halfway disappears into the tiniest of tone poems, perhaps one of those passages Arnold Schönberg would put his teeth into a quarter of an hour before lunch.

Another example of Moullier’s effective embellishments is Goodbye Pork Pie Hat. While his extra-slow and soulful cover of Mingus’s classic ballad evokes a loving image of behind-the-beat Lester “Prez” Young, Moullier’s repetitive, hazy soundscape shifts parameters to the kid who is daydreaming at the lake, staring through the reed to the setting sun. Possibly the kid he is referring to was Moullier himself, visualising ways to attain a personal and expressive style in modern jazz.