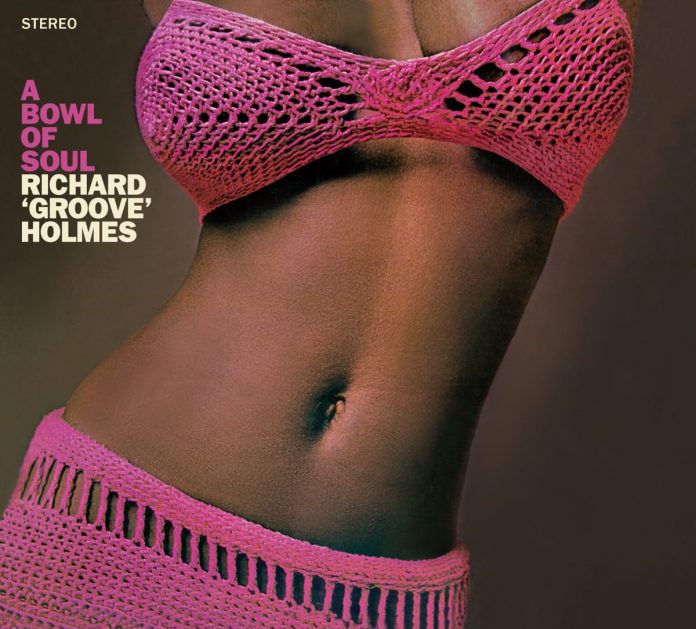 The first seven tracks of this disc constitute the complete original vinyl album of A Bowl Of Soul released in 1966 – some of the remaining tracks appearing on Book Of The Blues Vol. 1 from two years earlier. If anybody is wondering, the proposed Vol. 2 never materialised.

As the titles of the two albums imply, this is indeed a bowl full of the kind of bluesy, soulful ingredients that found particular popularity in the 1960s. Many keyboard players turned to the Hammond organ, with Holmes being one of its most satisfying and feted exponents.

Here we have the organist mirroring the Jimmy Smith recordings which encapsulated both small-group and big-band recordings, the former being okay, the latter being suitably exciting in part. Holmes may not have been as technically impressive as Smith but certainly he knew how to please his followers.

From the opening bars of the quartet’s Bowl Of Soul, a slow blues, to the larger ensemble’s Your Red Wagon we are treated to some toe-tapping music that makes an hour pass by pretty agreeably. The organist performs some neatly constructed solos matched by guitarist Ray Crawford and the arrangements by Ozzy Matthews are tailored to showcase the Holmes talent.

This is one organ fanciers can safely buy.

Mark Youll - 05 August 2019
Like countless other players from New Orleans, Herlin Riley’s roots and approach to the drum set are clearly rooted in his early connection to the church. He was immersed...