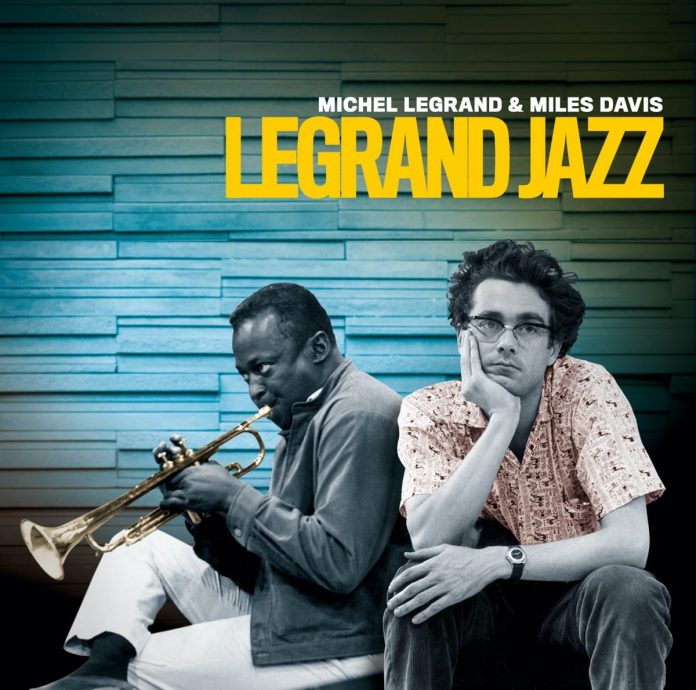 He does play beautifully, but it’s pushing it a bit to give Miles shared credit with Michel, since he’s only on four of the 22 numbers.

However, as we Miles completists know of old, this Wild Man Blues ranks with the versions by Louis Armstrong and Sidney Bechet as the three best ever. Wild Man belts along at twice its usual tempo with Miles wading through a lot of scored clutter from vibes and things before he solos. Considering that this was his record company, you’d think they would have known to put him a bit nearer the mike. Coltrane has a confident blow. With so much going on at 3.27 duration they’re gone almost as soon as they arrive. What a shame.

Legrand gives the trumpeter more room on a delicate Midnight, with Miles on his favourite mute. Miles and Bill Evans open the joyous Jitterbug, with the arranging sounding far more disciplined and effective. Miles improvises happily and the chart makes an interesting contrast with what Gil might have provided. Legrand is very busy by comparison. Phil Woods, Coltrane and Evans get solos and Miles plays a lovely open coda.

Back to the tight mute as Miles plays against the harp in Django. Bill Evans and Paul Chambers behind him make it feel almost like home. Legrand provides a spectacular platform for the trombones, and their session benefits from being clutter-free, but Ben, by his standards, is pretty undistinguished.

Stomping is a delight, with Phil Woods wailing the best sax solo from the album whilst the four trumpets wrestle each other to the ground and Rehak has a nice one. It’s good to hear them break out, for one sometimes feels the arranger holds them back.

The last 12 tracks are suitably plush with names like Gonsalves, Urbie, Clark Terry and the ever-present Woods flashing by to not much effect.

Still, it’s a good album that’s never less than interesting, even if it could benefit from a kick up the ass. Legrand is obviously an outstanding master of his trade and he knows his jazz, even if he seems parsimonious about handing it out to the corralled stars.