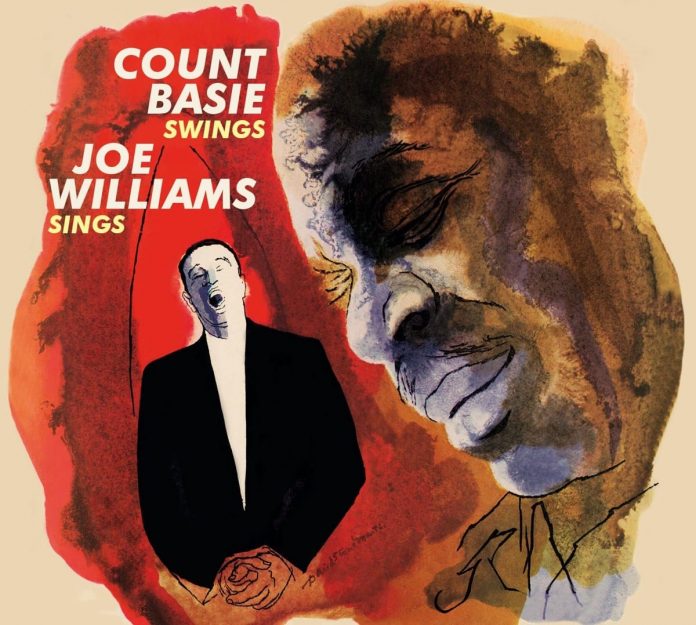 Count Basie’s second period at the peak of big band jazz is often exemplified by 1957’s The Atomic Mr Basie, with its superb arrangements by Neal Hefti. Although the two albums gathered here on a single CD, originally released on Clef and Verve respectively, predate Atomic by a couple of years, the band is clearly in the same driving mood.

On the first album, Frank Foster is the arranger for six tracks, Ernie Wilkins two, while Roll ’em Pete is a head arrangement; the second album’s charts are Buddy Bregman’s. (The closing two tracks on this CD were originally released as a Verve single.) Although there are stylistic differences in the charts, the band is always unmistakable and the arrangers have admirably blended the band’s instrumental power with its subtler role of showcasing the singer.

Here, Joe Williams presents a repertoire of blues and ballads, the latter always having an effective bluesy undercurrent. Williams has a powerful voice, pretty much a necessity for of any singer standing in front of this band, yet there is a lightness to it. The original unsigned liner notes from these two albums are reproduced here and in one of them the writer states, apparently approvingly, that Williams was called a “blues bawler”. This term is not in the least appropriate as Williams always sounds comfortable in the range in which he sings, delivering ballads with warmth and sincerity. On livelier mid-tempo songs he is bright and happy, and he swings.

There are a few moments for instrumental solos, including Foster on The Comeback and Roll ’em Pete, Wess on In The Evening and Marshall Royal on Every Day (I Have The Blues) while Basie blithely enters his minimalist touches throughout.

Nostalgic? Probably. But that word implies a melancholic yearning for the past, and there is nothing sad about this joyful journey into yesteryear. A sticker attached to the packaging indicates that this release is a limited edition of 500 copies.