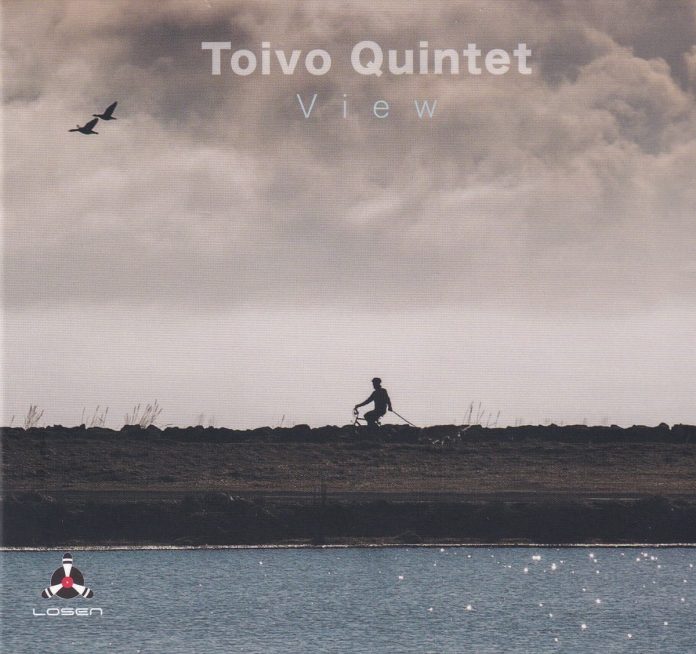 Jan Tore Skramesto, the note writer for this one, urges the reader to regard this group as “five immensely talented young musicians falling in love with ’60s jazz and having a lot of fun in doing so”. While this might well be the case I can’t get away from the impression that a lot of that fun hasn’t translated too well to the cold light of physical product, for while there’s nothing to be too critical of here, neither is there anything that hits the listener like a eureka moment.

On BGO they seem to strive for the kind of dynamics that Coleman and Cherry reached together, but at the same time seem overly conscious of ensuring that they don’t break loose and fly. Besides which, such was the singularity of those two gentlemen, aided in no small part by Coleman’s ear for a distinctive line, that it’s a classic case of simple isn’t easy, whereas the blowing that this piece falls into is just blowing, prior to a passage of free play which sounds as though it’s being made by musicians who have yet to grasp the range of possibilities such play opens.

The Coleman/Cherry thing is pursued a little more on The Park, albeit with greater predictability. Roed blows some tenor sax with a measure of the freedom of Dewey Redman and Charles Brackeen, but as it is the whole thing’s over pretty quickly, taken out on a bed of overdriven guitar.

So if there is any fun here it seems highly muted to yer actual jazz hack. I’m not quite sure when it was that the novelty of highly accomplished young musicians died, but as far as I’ve been able to hear it was alive and kicking when Clifford Brown came on the scene, and on life support when Wynton Marsalis did. The latter event was around 40 years ago, and while those decades have yielded some great music, the production line of young virtuosos has really come into its own in the same period, with debatably diminishing returns.

Incidentally the third star for this one is an attempt to highlight how so much contemporary jazz ticks all the right boxes but very often fails to light a spark for this writer, as this outing exemplifies.

Sara Colman: Ink On A Pin – A Celebration Of Joni Mitchell

Barry Witherden - 11 February 2022
My introduction to Colman came with her gig at the 2019 Teignmouth Jazz and Blues Festival and her previous album What We’re Made Of. Both gig and album featured songs...