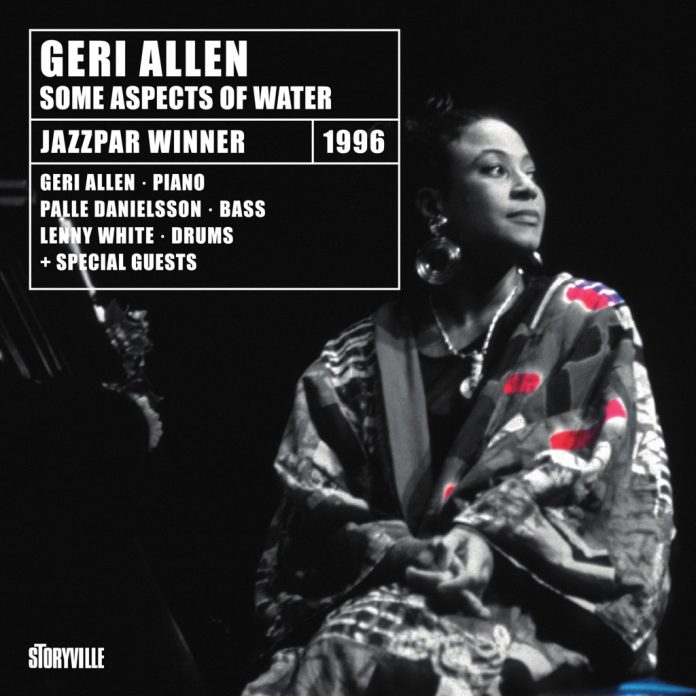 In 1996 American pianist Geri Allen became the first female winner of the prestigious Danish Jazzpar Prize. A requirement of the prize was for the artist to perform in a situation of his or her choosing involving, at some point, some local musicians.

Allen’s response was to take her own trio while replacing as soloist her absent husband Wallace Roney – who unfortunately had to play a gig in London on prize night – with the Gil Evans and Basie alumni Johnny Coles. For two pieces, including the lengthy 19-minute title suite, she augmented this quartet with five Danes to make up the Jazzpar 1996 Nonet.

The opening Feed The Fire is a sprightly 20-bar blues, Allen’s characteristically ebullient piano stretching the rhythm and taking the melody in all sorts of unexpected directions. Danielsson stars here as his solo noticeably slows down the otherwise fast progress of the piece. The standard A Beautiful Friendship again showcases Allen’s melodic momentum and extended harmonies, her winning way of ramping up the pressure with kaleidoscopic displays of block chords and fast runs.

Throughout, Danielsson fits right in, although White’s drumming is a little too demonstrative. Coles caresses Old Folks with style, the trio sympathetic in support, while the concluding trio number Skin runs away with itself in modernist mayhem.

The highlight of the album should be the two nonet pieces recorded at the Tønder Kulturhus. But in comparison with the bright fire and tender emotions of the small-group numbers, these two extended pieces fall somewhat flat. The arrangements on the slow Smooth Attitudes seem just too smooth, and while the title track benefits from some fine solos, notably first from Coles, its different movements fail to cohere, despite Allen’s valiant solos.

But it does what it offers, presenting some different aspects of a single compound so perhaps I am being unnecessarily critical. Others will no doubt disagree, but all of us would concur with the award of the Jazzpar to such an inspirational musician.

Click here to buy Geri Allen: Some Aspects Of Water