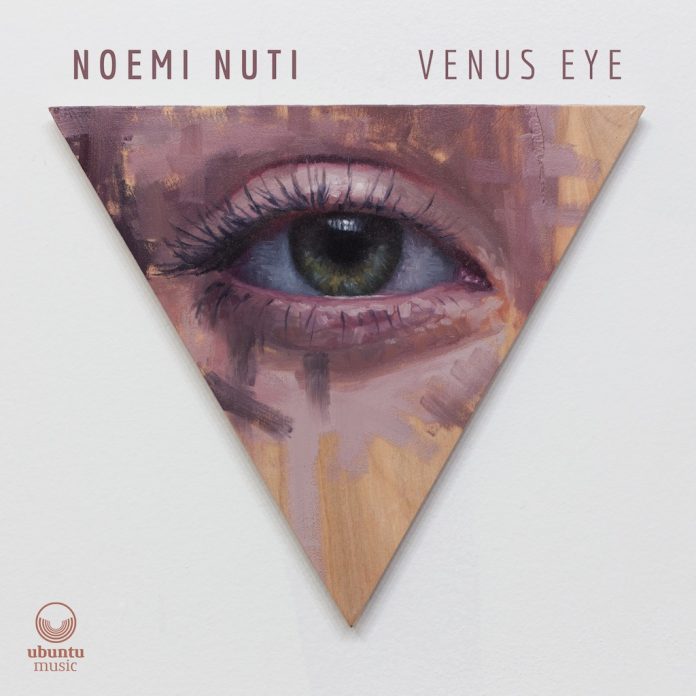 It seems extraordinary that this is only the second release from as talented a singer as Noemi Nuti, following the acclaim received for her 2015 debut album Nice To Meet You (Ubuntu). She says in her booklet note that she decided to take a break after that first CD: “I really wanted to focus on what I wanted to say and how it was going to shine through the sound”. There’s certainly a lot of joy, and a range of many emotions, shining through this very accomplished new release.

Most of the tracks are composed by Noemi, with pianist Andrew McCormack receiving joint credit for Hush The Sadness and Italian Lullaby, though the pianist on this disc is the very able Chris Eldred. McCormack is joint producer of the album, with Nuti.

It opens breezily with the poppy Sunny Perfect Sunday, with Noemi’s vocals backed by multi-tracked harmonies. On Beautiful Life her voice on the simple melody line becomes softer, almost whispering, but is recorded appealingly upfront – the effect is intimate – so that you can almost imagine her stepping out from the speakers into your room. A good moment for me to mention the excellent engineering by Sonny Johns and Fabio Senna, the mixing by Robin Mullarkey, and the mastering (always a delicate stage where many a good studio recording is made bland) by Nick Watson (no relation of mine). On the following upbeat track, For What I See, there’s some simply marvellous flute playing from Gareth Lockrane, who guests on some of the tracks.

Noemi spices the snaking song Hush The Sadness with Eastern inflections in places, as well as demonstrating her considerable vocal range, once more with multi-tracked backing vocals. Tori Amos’s song Cornflake Girl is a driving, uptempo swinger, with slightly weird lyrics plus scatting from the singer, while the triple-time Italian Lullaby opens with some gorgeous multi-tracked flutes from Lockrane (it’s sung in Italian; Nuti was born in New York into an Italian family). The flautist has another lovely solo here.

The dreamy I Will Remember features the singer in a soaring duet with herself, and the snappy Uberwench has a similar soaring structure, featuring at one point some delightfully growling bowed bass from Tom Herbert. Lockrane solos again on the uptempo Crazy Dance, shadowed by some intense scatting from the singer. Billy Joel’s She’s Always A Woman, arranged by Noemi and also featuring the singer on harp and with Quentin Collins on trumpet, concludes a hugely accomplished recording.