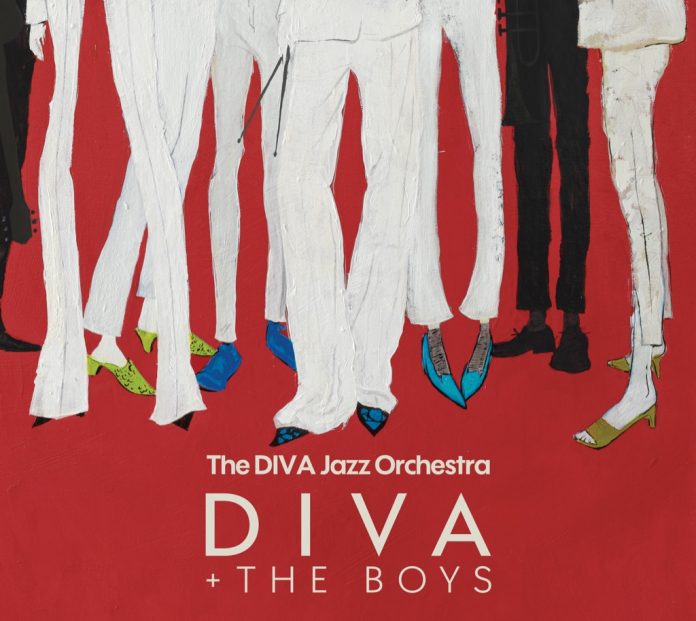 Touring big bands are now a distant memory but the popularity of the genre is undiminished. Alex Stewart in his well-researched Making The Scene points out that in 1998 – nearly 50 years after the end of the era – there were no less than 90 bands who were active in New York City alone. That figure is probably similar today. One of those bands then and now is the dynamic Diva Jazz Orchestra, which consists of 15 hugely talented and versatile musicians who just happen to be women.

Drummer Sherrie Maricle, who drives the band with an almost Buddy Rich-style precision and verve, has been the leader since Diva’s debut album I Believe In You in 1998. They are joined on their latest CD by a selection of guest soloists. The elegant Ken Peplowski performs Benny Goodman’s classic Slipped Disc as well as revisiting The One I Love which Benny recorded on The Benny Goodman Show in 1947. His delicate interpretation of the lovely Estate is one of the album highlights.

Claudio Roditi’s warm lyricism is showcased on Jobim’s A Felicidade and on his own cute Piccolo Blues which features the seldom heard piccolo trumpet. Jay Ashby’s pure, horn-like trombone is a delight on Deference To Diz and Naturna. On Bucket O’ Blues the guest stars step aside to allow the band’s stellar sax section to emerge into the spotlight. Take a bow Janelle Reichman, Scheila Gonzales, Alexa Tarantino, Roxy Coss and Leigh Pilzer.

Hats off to the Diva Jazz Orchestra for keeping the great big band tradition alive and very much kicking.

Peter Gamble - 11 April 2021
Quite often, after a little digging around, claims that discs contain previously unissued tracks are found to be spurious. But on this occasion I can confirm that Live In...