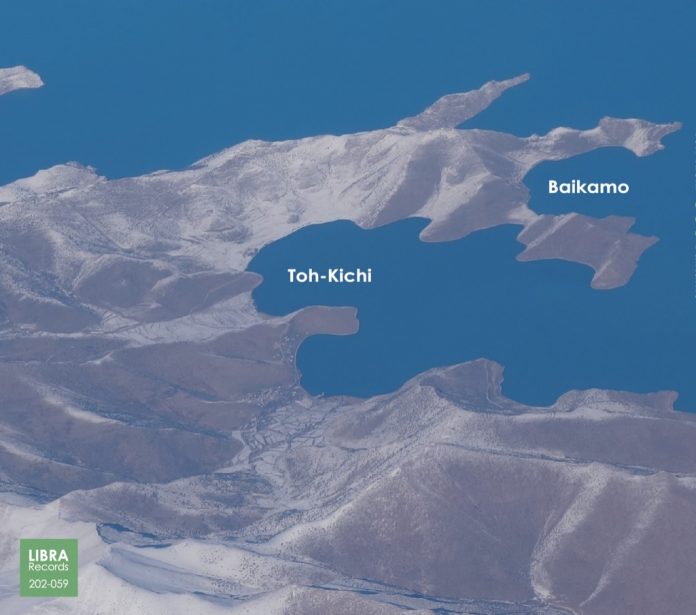 A whirlwind of piano and drums explodes into life without warning. Satoko Fujii and Tatsuya Yoshida are together again with Baikamo, 15 years after the release of their last duo album as Toh-Kichi. It’s intense and in-your-face, and when the initial shock of this opening track has settled, you can be sure that they haven’t.

Structured motifs are juxtaposed with frantic and sometimes aggressive improvisations; Yoshida’s wild drumming alongside Fujii’s blend of avant-garde classical styles and rocky free jazz take the listener on an exciting and unpredictable ride. Subdued moments and sudden halts in playing act as calms before the continuing storm, when the duo inevitably pick up the pace once again.

In tracks such as Ajhisakdafitch and Laughing Birds, Fuji explores a full range of timbres on the piano, giving her playing a further experimental edge. At times she playfully tickles the strings, but when a more visceral sound is required, it sounds almost as if the pianist is gutting her own instrument from the inside.

Ice Age is alone in featuring ethereal vocals from both Fuji and Yoshida in the form of echoed, faraway wails and whispered growls. It’s a haunting piece, and the perfect end to the album. Baikamo is not light listening. Fujii and Yoshida produce an extraordinarily large sound as a duo – one that is raw, energetic and thoroughly enjoyable.