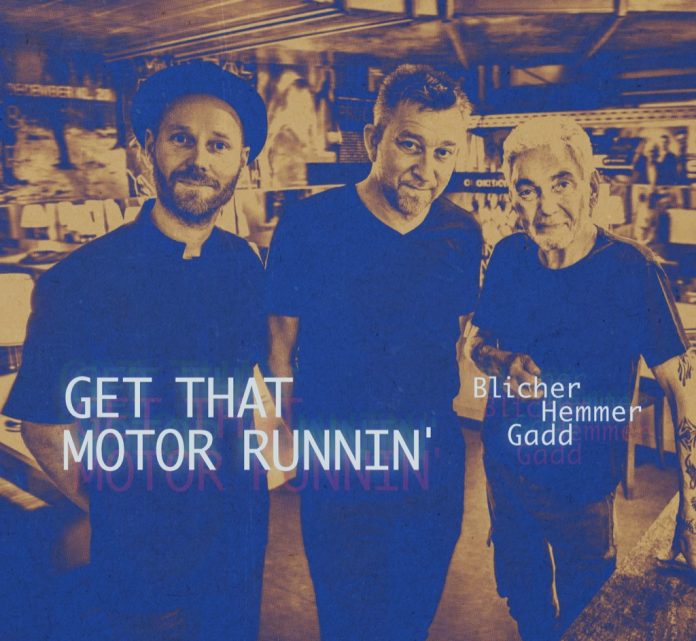 Given that saxophonist Michael Blicher and organ player Dan Hemmer still reside in their native Denmark and veteran drummer Steve Gadd the US, it’s impressive how this unique trio have still managed to coordinate enough space in their individual work schedules to tour extensively, work up fresh material and release two albums during their six-year existence.

Balancing his time between the band, sessions and engagements with Eric Clapton, James Taylor and more recently, Chick Corea, Gadd describes the trio’s output as “honest music”, which most likely refers to the band’s raw approach to the soulful material they play and the passionate way it’s delivered.

Through this, their third album, there’s thankfully no change to this formula. It’s a record again influenced by the music of New Orleans and the classic organ groups of the 60s and 70s (Jimmy Smith, Jack McDuff, Johnny Smith, Richard “Groove” Holmes). Echoing the party mood of a Mardi Gras, the album opens with the live-recorded title track and a hip sax and Hammond riff bobbing in unison aloft a second-line-style drum beat. It’s a killer start to the set and a tune that, swelling with sludgy organ sweeps and some soulful blowing from Blicher, sets up the equally-funky R&B of Mr. T that follows.

With more high-register heroics from Hemmer, if Mr T isn’t a nod to the late great pianist Richard Tee (with some funky guitar added to the mix), it should remind listeners who know their Stuff of the all-star session band Gadd drove with Tee in the 1970s. The ballad The Moment She Falls Asleep could also pass for the supergroup, if not the sort of smooth and smoochy cuts Gadd and Tee laid down with Grover Washington Jr in the early 80s. This laidback track hears Gadd at his most simple, the faint whirl of organ and of guest Peter Rosendal’s trickling piano motifs providing a perfect bed for Blicher’s soft, breathy melody.

From here the album offers up a spirited samba spotlighting a fluttering brush solo from Gadd, vocalist Paul Carrack guesting on a stunning, sax-led blues and, as the album’s title may suggest, a noticeable shift in gear to hear if you are at all familiar with the band’s self-named debut or last year’s Omara.

Jeremy Isaac - 12 May 2022
The 19-year-old trumpet player/leader of this extraordinary ensemble is a student at the Manhattan School of Music whose perception of the male-dominated jazz scene led her to seek inspiration...