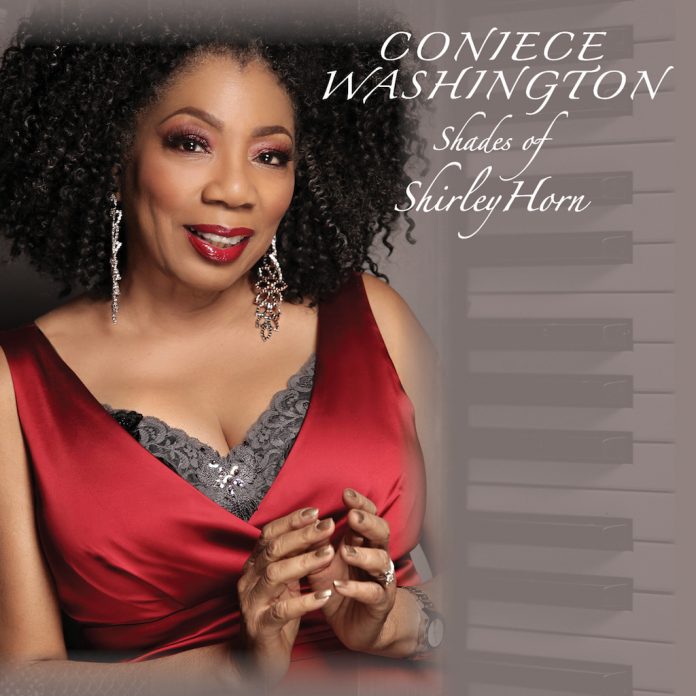 Although not especially well known internationally, Coneice Washington has been singing for many years. Hailing from Trenton, NJ, she started out as a child singing in church, she then served in the US Army, in her free time singing in clubs both at home and in Europe.

In Washington DC, where she is now based, she sang in clubs and at festivals and also with a gospel choir under the auspices of the Washington Performing Arts Society.

A glance at the song titles shows that Washington’s song selection centres upon standards from the Great American Songbook. While several of these are, perhaps, a little overused, she brings to them a delightful vocal sound, her voice warm and natural, never forced.

There is, understandably, a Latin touch to The Island and Dindi, which is less expectedly continued on How Am I To Know? Many will be familiar with the pop origins of Don’t Let The Sun Catch You Crying, but here Washington delivers an interestingly bluesy interpretation. Her accompanists are all good although instrumental solos are infrequent.

As the album title makes clear, Washington acknowledges Shirley Horn, a major figure among jazz singers, as her prime influence. A distinctive characteristic of Horn, especially in her later years, was her choice of often extremely slow tempi. The songs heard here vary in tempo, and although there is about them an always relaxed air Washington wisely makes no attempt to imitate Horn in either sound or delivery.

A very attractive album that should delight those who enjoy good jazz singing and have affection for the song classics of yesteryear.

Bruce Crowther - 27 April 2022
Born in Beirut of Lebanese and Armenian descent, Christiane Karam has been resident in the USA since the late 1990s, performs as a soloist and is also leader of...