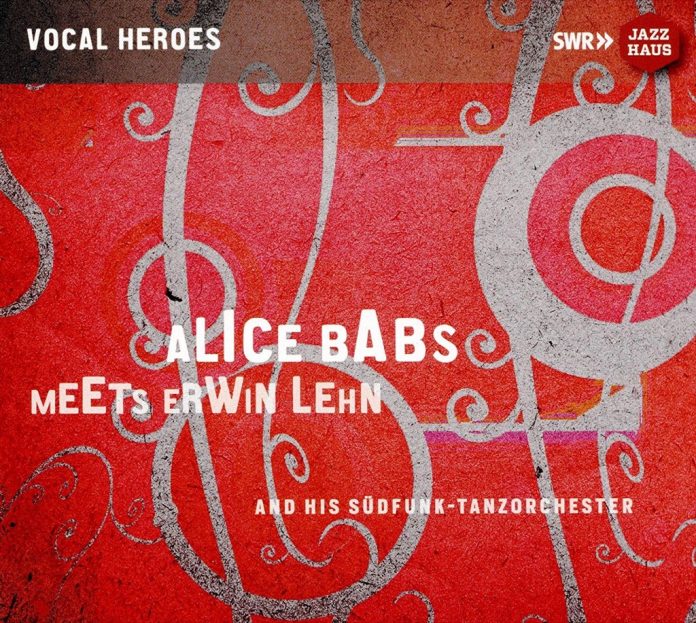 Miss Babs was a uniquely gifted jazz singer who, as far as can be deduced from here, hit the peak of her career when she appeared in concert with the Duke Ellington orchestra. One would expect a singer to be daunted by such a setting, but Alice rode the Ellington band like it was what she had been born to do. Most of the world became aware of her only when she sang with Duke, and thus it became possible to regard her in every sense as an Ellingtonian.

For me, her tragedy, and Duke’s, was that her recordings with the band consisted mainly of chapters from Ellington’s inferior God-inspired repertoire. If Duke had been writing for Alice rather than for God, things would have been much better.

Here we delve into her pre-history.

Well, not quite, for her pre-history was from 1938, when she made her radio debut, right through the war years when she was a star in Sweden and then, contemporaneous with these recordings, she became a star in Germany. Prior to singing with Duke, she was already a familiar of great Swedish players like Arne Domnerus and Bengt Hallberg. I haven’t heard the promising tracks she made with Duke in Sweden, issued on the Caprice label, and using more convential Ellington material.

Lehn’s German big band and its individual instrumentalists give her excellent support on these tracks, and, if we won the war, they won the battle of the bands.

Alice’s fully formed and ridiculously high range is already on show here. She was already one of the best jazz singers, with an acrobatic ability that would have been envied by Jackie Cain and Jackie’s followers. No Words Blues, where she duets throughout with a clarinet player is an excellent example. Opus In Scat treads Fitzgerald country with great taste. Regard these songs as a conventional programme given a magnificently unconventional treatment. It helps if you know what a delightful lady Alice was to meet and to converse with.

There’s a variety of good material, and I’d recommend this as one of the most important of Alice’s collections on record.

It’s a shame that, when he was under contract to Mr Sinatra’s Reprise label, Duke didn’t add Alice to his studio sessions. She died, by the way, in 2014.

Michael Tucker - 08 May 2022
I enjoyed Swedish vocalist Nyberg's contributions to Bengt Berger's recent release of the lively 2002 Stockholm concert that is Viltvarning. She made her recording debut in the early 1990s...