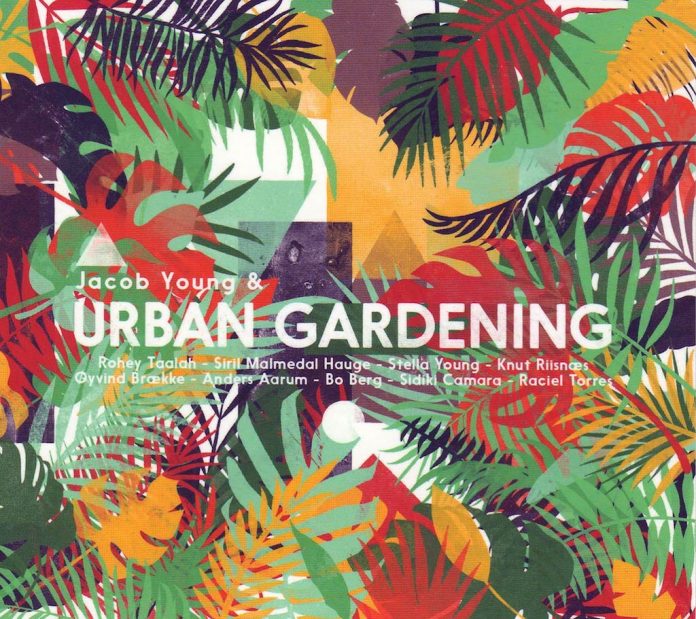 This is (largely) not the Jacob Young that many listeners will know from his three sparely reflective ECM albums Evening Falls, Sideways and Forever Young. Born in 1970, the Norwegian guitarist has long been able to lay claim to a wide-ranging discography. However, this up ‘n’ mellow, funk-fuelled and vocal-rich session on his new Oslo Session Recordings label will surely raise an initial eyebrow or two from anyone expecting twilight rubato melodies and airy blue moods.

I confess I approached the music with some caution – but quickly warmed to it. Stoked by Cuban drummer Torres and Malian percussionist Camara, the rhythm section is spot-on, with Aarum’s Fender Rhodes and Berg’s electric bass bringing a fresh R&B flavour to the proceedings (check the slinky “Gonna Be Funky” or “Prelude/In a Torpy Way”).

The vocalists are all captivating, in a programme which sometimes courts cliché but which also features thoughtful, questioning lyrics, whether in the several Young originals, e.g. “Sunrise”, “Image of a Man”, or material by Charles Bukowski (“Roll the Dice”).

Braake supplies cool trombone colour (“Image of a Man”) as well as drive (e.g., “Getting Ready”) and it’s great to hear so many strong, burning solos from fellow Norwegian and ECM veteran Knut Riisnaes, who also contributes atmospheric flute to “Sunrise”. Hear his tenor swoop and dive on the gloriously stomping “Hey Ya” and “Dark Matter” – the latter a well-constructed, archetypal sectional jazz piece – and get deeply soulful on “Image of a Man”.

While the programme has plenty of heat to it, with West African or Cuban elements to the fore in, e.g. “Sunrise”, “Image of a Man” and “Dance All Night”,  and Young employs wah-wah now and then, there is enough of the leader’s laid-back yet questing phrasing (e.g. the introduction to “Image of a Man”, “Dark Matter”) to satisfy those who may know him chiefly through those aforementioned ECM sessions.

Matthew Wright - 22 September 2019
It’s unfair when a CD like this falls on the desk of a reviewer – not for the reviewer but for any other album, such is its pre-eminence. A...