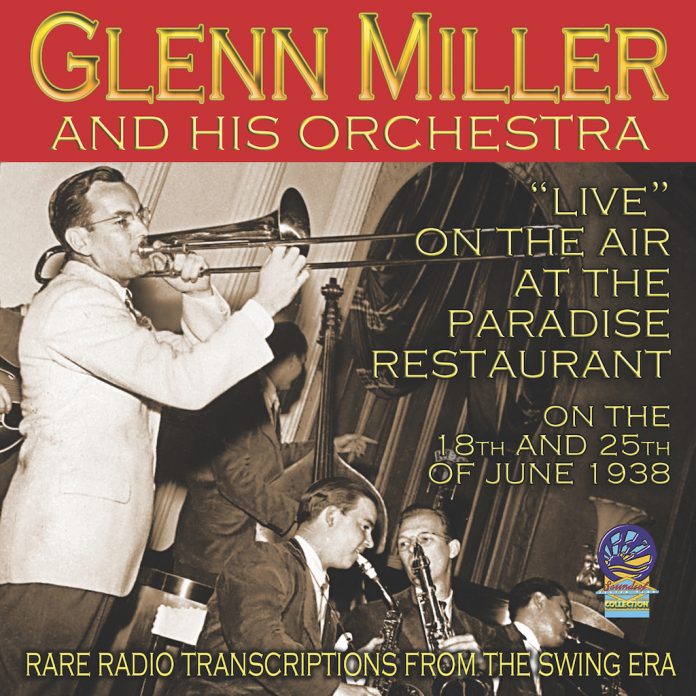 Recorded over two nights at the Paradise Restaurant in New York, this album provides an interesting insight into the early months of Glenn Miller and his orchestra, moments before they became one of the most popular bands of the swing era. Tracks 1-10 were recorded on the 18th June, and 11-19 recorded on the 25th, and at the time were broadcast nationwide on NBC radio. The audio quality is, as one would expect from a performance recorded 80 years ago, not excellent, but the vocals and solos are clear, and you can still hear the smooth harmonies in the woodwinds and brass section.

In terms of personnel, Willie Schwartz and Tex Beneke, who would both become long serving members of the orchestra, are both present, as is the orchestra’s pianist, Chummy MacGregor. Even though in its inception, the orchestra plays with great vitality and verve, especially on “I Know That You Know” and “Why’d Ya Make Me Fall in Love”. Particularly interesting is “Intro Into Showboat Medley”, which would later become one of Miller’s most famous pieces, “Moonlight Serenade”. Both performances are very enjoyable, and capture the formative years of the swing era well.

Hugh Rainey - 17 December 2020
New Jersey born Chris Hopkins grew up in Germany. His recording career has included piano albums for Arbors records, which included the noted trombonist Dan Barrett. I have much...