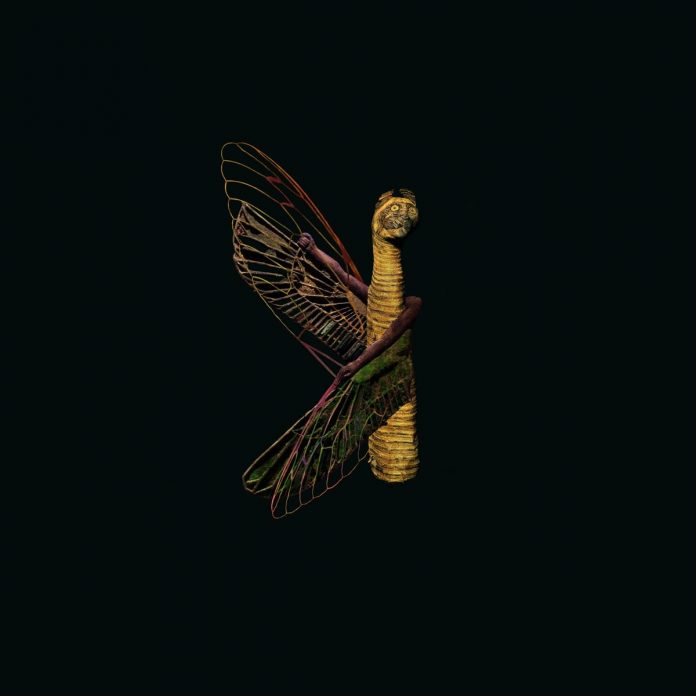 Maurice Louca is a highly regarded Egyptian musician and composer and this album was commissioned by Mophradat, a Brussels arts organisation. He uses instruments that could be modified to play microtonally and the musicians he chose to work with included the Lebanese improvisational group “A” Trio – Mazen Kerbaj, Sharif Sehnaoui and Raed Yassin. The result is a mixture of percussive, folk and Middle Eastern music, with an element of abstraction that at times borders on psychedelia.

The first track starts with dense sound although recognisable forms gradually appear, making way for guitar and percussion to emerge. This is broadly the structure throughout, with the acoustic guitar of Sehnaoui featured regularly.

On Bidayat there are Arabic/Middle Eastern themes, with the violin of Ayman Asfour interspersed with gongs and scrapers, whilst title track Saet El Hazz gives periods of purer sounds created by harp and plucked strings. Once again this builds up as more instruments and sounds are introduced – a Pollock canvas slowly dripping with a solidity of sound and textures.

This density is also present when Anthea Caddy’s cello and Yassin’s bass create a drone effect, as on Yara; at one point it’s meditative, then slightly disturbing in its intensity. But it’s the multi-layered El-Gallashah which captures the attention, Sehnaoui’s guitar again leading, then attended by zips of sound from Caddy and vigorous drums/percussion to pave the way for Brahja Waldman’s alto, which is slightly frenetic, fiery and staccato. Cello and bass once more combine as Sehnaoui adopts a sitar-cum-slide effect on his guitar.

This is perhaps slightly outside the usual JJ review zone but there’s plenty to recommend it to anyone who is interested in improvised music and the way it can accommodate elements of Arabic and other musical forms.

Steve Voce - 14 September 2019
What a magnificent idea. Stanley has always been regarded as one of the master ballad players, ever since he enchanted a generation with a few bars of Early Autumn...