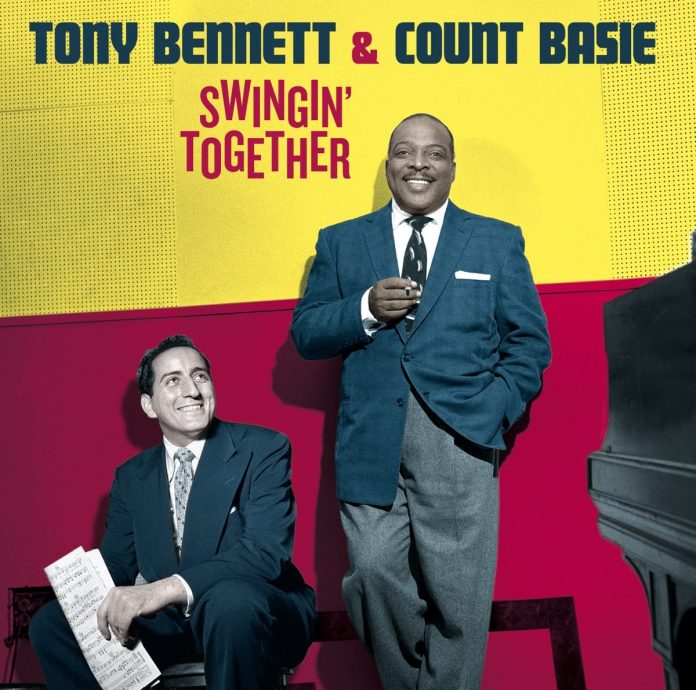 If you had to cite one album that justified Tony Bennett’s place in the pantheon of jazz singers, In Person!, forming the first 12 tracks here, would be it. His vocals on this collection of well-known gems show his relaxed style, on uptempo numbers and on the slower ballads, partnered by the Basie band.

Whether it’s belting out the lyrics on Taking A Chance or the sensitive and emotional edge of When I Fall In Love, Solitude or There Will Never Be Another You, his delivery is balanced by the powerful but easy swing of Basie. The orchestral fills fit the vocals like a dream – forcefully and driven, or subtly and responsive, but all appropriate. Check the taxi honks and city sounds during Lullaby Of Broadway, on which the trumpet section goes to town.

The length of the numbers (each one short and to the point – no messing about) preclude solos from members of the band, but it’s good to hear Bennett’s long-term associate Ralph Sharon providing piano embellishments on Without A Song and Firefly, plus Candido’s rapid quickfire conga on Fascinatin’ Rhythm and Ol’ Man River.

The mix of material is continued on tracks 13-24, the album Basie/Bennett, on which opportunity is given to soloing. Basie himself is at the piano for Life Is A Song and Jeepers Creepers; Frank Foster’s tenor leaps into Plenty Of Money; Joe Newman on Chicago; Al Grey’s growling trombone on Are You Havin’ Any Fun; Thad Jones rounds off a wonderfully textured rendition of Coward’s satirically observed Poor Little Rich Girl, perfectly delivered by Bennett. The singer also excels on I’ve Grown Accustomed To Her Face and Growing Pains, Frank Wess’ flute adding poignancy to the latter.

The CD is curiously completed by the strongly orchestrated The Way You Look Tonight (from Long Ago & Far Away album) and Bennett’s signature I Left My Heart In San Francisco (from the 1962 album of the same name). Something more in keeping would have been more suitable perhaps. A minor quibble though, taking nothing away from a terrific reissue.