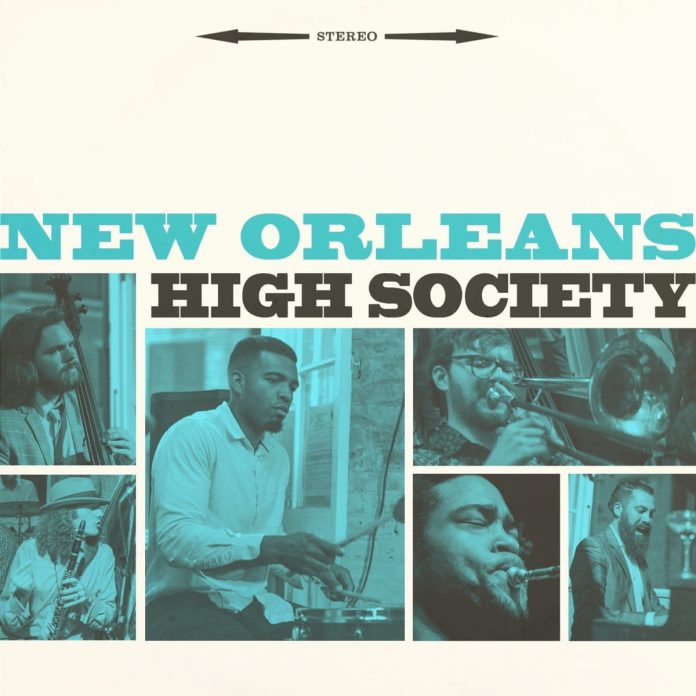 In these days of modernism, it could be thought that very little contemporary traditional jazz (if that’s not an oxymoron) is about, but this is a misconception – it just doesn’t get much coverage in the general jazz media. There is still a big following in Britain, Europe (especially Scandinavia) and the USA, and here the New Orleans High Society band gives its own interpretation of familiar numbers.

Some of the solos might be accused of lacking finesse and accuracy, but it’s the feeling of exuberance and enjoyment that comes through and the presence of the tenor gives the other horns a fuller ensemble sound. Some of the tracks are slightly predictable, but others shine through as having a distinctively different flavour.

New Orleans has an Afro-Cuban feel, with a mesmeric beat and strong tenor and trombone solos, whilst On The Sunny Side Of The Street is introduced by Yacine Sebti’s piano which varies effortlessly from barrelhouse to modern styles and could easily extend into a completely new arrangement of the song.

The other tracks have their moments – Cleveland Donald appropriately growls through Ellington’s Creole Love Call and Lil’ Liza Jane develops into a lively passage of interweaving sound. Vocals are covered mainly by Donald and Sebti, the band adding support; When It’s Sleepy Time Down South features singer Angie Z, the band’s introduction suitably wistful. Trenton O’Neal deserves a mention for his tight and adventurous drumming – not just a timekeeper, a trap into which many in this type of band fall.

This should appeal to traditionalists who are interested in a slightly differently angled approach whilst retaining the spirit of New Orleans.

Plas Johnson: This Must Be The Plas!

François van de Linde - 21 February 2020
Plas Johnson? Who? That’s the question every buff gets whenever there is mention of the late and unknown saxophonist from Los Angeles, California. However, without realising, everybody knows “The...