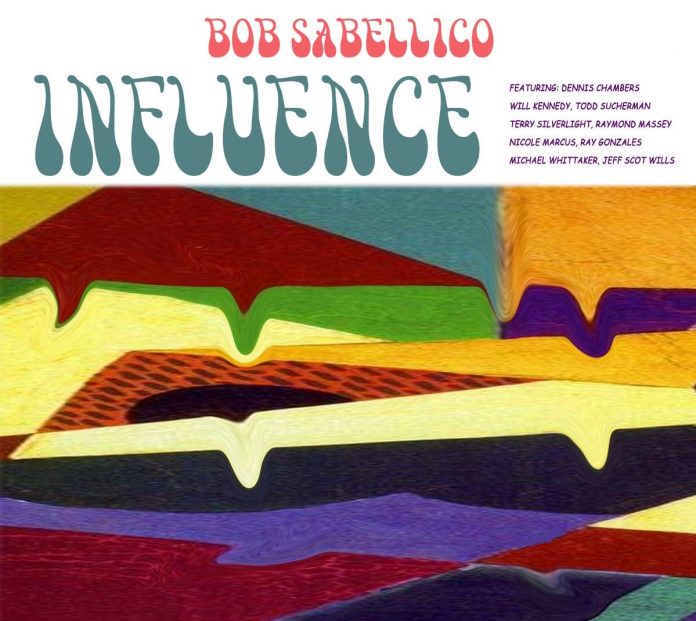 Perhaps Bob Sabellico’s main claim to fame is the short period in 1970 when he played guitar with rock group The Guess Who, replacing guitarist Randy Bachman (later of Bachman Turner Overdrive) who’d taken a break from the band due to illness. The Guess Who had a substantial worldwide hit with the song American Woman which peaked at number 1 in the US and Canada.

In addition to working with The Guess Who, Sabellico, who originally hails from Philadelphia but now resides just outside Nashville, has recording or production credits with a host of other big names including Jaco Pastorius, Victor Wooten, George Benson and Steve Cropper.

Sabellico has produced a good third album, a follow-up to his second album Child’s Play (SpareChangeMusic, 2013). The 13 tracks feature mainly multi-tracked Sabellico (playing keyboard and bass as well as guitar) but with occasional augmentation from Jeff Scot Wills on trumpet or saxophone or Michael Whittaker on synthesiser. All the tracks save two are accompanied by one of a clutch of guest drummers.

Sabellico’s super-supple guitar playing sounds like something between Harvey Mandel and Danny Gatton. This is evident from the take-no-prisoners opener Funky BS. But it’s the panoply of genres presented here that spins the listener’s head. The stylistic contrasts oscillate between the country blues of Another Day At The Office which would sound right at home in Sabellico’s neighbouring Grand Ole Opry, to the sumptuously bluesy Just For A Moment. There are also obvious outliers such as the avant-metal angular abstraction of Doo Ett.

The jazziest tracks, the Eleventh House-like In Your Face, Disfunktion and the Weather Reportesque title track are standouts. Florid guitar lines embellish the melodious Inversions, another clear winner. There are also numbers which almost border on disco with a pervasive up-tempo 4/4 beat as heard on Morningtide or Spearmint Or Fruit. Whilst the variation in styles is sometimes slightly jarring, the unifying factor is clearly Sabellico’s fluid guitar work. Notwithstanding the above caveats, it’s certainly true to say that on Influence there’s really never a dull moment.

Matthew Wright - 28 February 2022
As an introduction to the music of Nina Simone, this is a well compiled album, taking material mainly from the fruitful Colpix / Verve / Phillips periods of the...