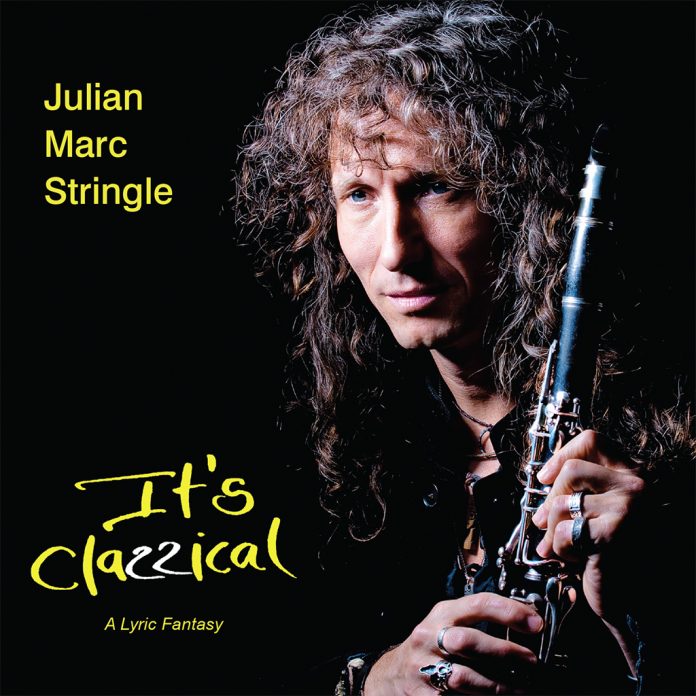 Experiments in combining jazz with classical music are as old as jazz itself, with a wide-range of differing approaches and aims. A successful outcome is far from guaranteed, with numerous conflicting factors to be reconciled, or perhaps reinterpreted. Discerning taste, a broad understanding of both genres and a high level of instrumental skill are essential prerequisites. Happily, Julian has these requirements in abundance, as he demonstrates impressively throughout this aptly titled release.

The project was inspired, Julian tells us, by the gift of a hitherto unpublished composition by his ex-boss John Dankworth, who greatly admired his playing. Entitled “A Lyric Fantasy”, it’s a complex cross-genre study, performed here in its debut recording with confidence and impeccable skill, making a spectacular and memorable closing track.

The excellent arrangements make considerable use of Latin rhythms, and include works by classicist South American composers Astor Piazzolla, Heitor Villa Lobos and Italian-born Ettore Stratta. From more generally familiar sources are compositions by Lennon and McCartney, Chuck Mangione and an unusual and strikingly arranged suite from West Side Story.

Major influences in Julian’s style include Eddie Daniels, Buddy De Franco and Ken Peplowski, with whom Julian recently recorded a fine duet album. With a pure, rounded tone, and expressive phrasing which delivers both poised delicacy and incisive verve, his playing here has indeed, to quote John Dankworth, “world class written all over it”.

The backing musicians (his “Dream Band” and “Sonia Slany’s Solid Strings”) are featured in varying combinations, and perform the detailed and striking arrangements faultlessly. The album is exceptionally well recorded and produced. With music a good as this, genres hardly seem to matter.