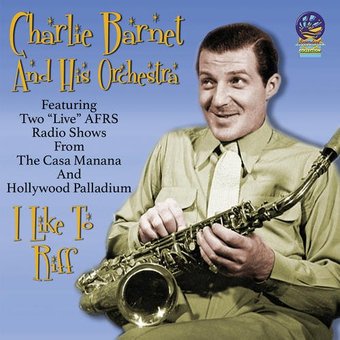 Two broadcasts for the military from Charlie’s bands of 1944 and 1959, both stuffed with typical Barnet material.

The second one (no personnel given or detectable) has a nice arrangement of “Moonglow” and a functional one of “Moten Swing”, both by Bill Holman.

The first set is distinguished by the trumpet and vocalising of Peanuts Holland and by Dodo Marmarosa’s piano. Sadly what sounds to be a good guitar solo by Barney Kessel becomes a backing for the announcer.

In the earlier broadcast Charlie’s solos aren’t as good as they might have been. Maybe he was loaded, a not unknown attitude for him.

Matthew Wright - 29 November 2020
This album is a good representation of the work of three leading improvisers, and at once Butcher’s hard-edged, vociferous playing grabs the attention. Free Of Ghosts may or may...

Jack Kilby & The Front Line: Love Is A Song Anyone...