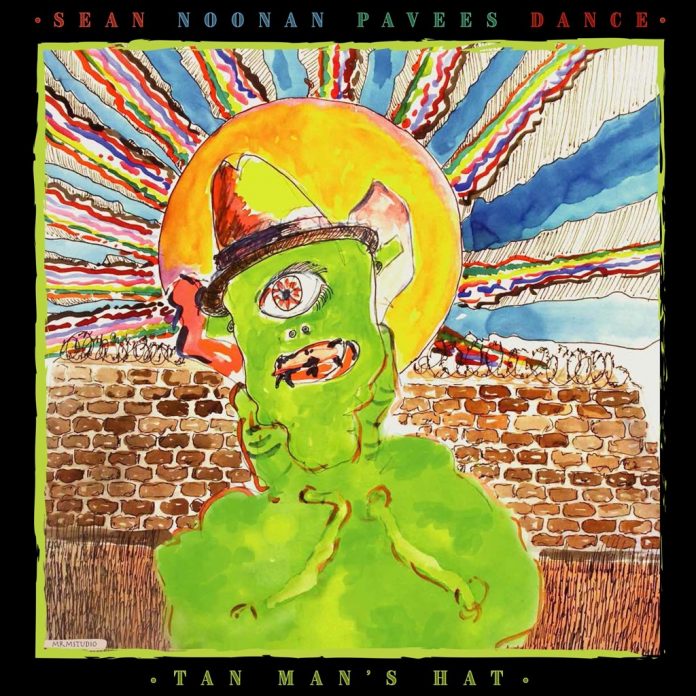 “Pavees” is less PC than “travellers” and less insulting than “tinkers”. It’s a word the Irish use to describe the floating tribe of artisans and craftsmen who wander the isle offering their services for cash or food or some temporary right of residence.

Noonan, who it’s entirely unsurprising to say is of Irish extraction, aligns with the term in the sense that he defines himself as a “rhythmic storyteller” rather than just a drummer or percussionist. He’s been working with Pavees Dance for about five or six years. Much of the early excitement was generated by the presence on several tracks of Can’s original vocalist Malcolm Mooney, who brings a hoarse urgency and improvisatory freedom to the songs, perfectly balanced by the blowtorch heat of Ava Mendoza’s guitar.

Also having a charter member of Prime Time on board sets up slightly different expectations, but if this is “harmolodic” jazz, it’s very close in form and structure to quieter forms of modern composition. Noonan uses tone rows in a very distinctive way, giving each piece a whole hinterland of countermelody, inversions and retrogrades that manage to make themselves evident, even under the noise.

The addition of a keyboard player probably helps to reinforce the impression of complex structure, but there’s no getting away from the impression on Tell Me that the music here isn’t second cousin to what Tony Williams was doing with Lifetime (is Turn Me Over a deliberate reference?), but with the bass part nimbler and funkier than Larry Young (who did the low stuff before Jack Bruce joined) could manage on pedals. Tacuma works closely with the drums, but provides fills and runs that seem to leap ahead of the metre, and then fit again perfectly at the next turnaround.

How it seems to have worked is that Noonan gave Mooney the basic outline of the track and then let him work out what to sing as they ran it down. So there’s also a touch of MC or hip-hop invention in the mix. And Martian Refugee could be seeking asylum from a Frank Zappa date. In fact, it’s very difficult to keep track of all the influences that seem to drive Noonan and his group.

It won’t appeal to anyone who’s looking for bebop, though even that isn’t far away, and if you don’t enjoy overdriven guitar, Tan Man’s Hat might prove a bit too spicy, but I’ve been playing it solidly for two weeks now and it keeps yielding up new subtleties and unexpected gems of in-the-moment creation. Strongly, even strenuously, recommended.